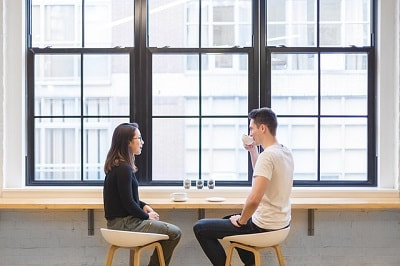 Americans living overseas are required to file US taxes reporting their worldwide income, just the same as if they were living in the States.

Filing from abroad has been a requirement for US citizens and green card holders since the Civil War, however it’s only been since FATCA (the 2010 Foreign Account Tax Compliance Act) compelled foreign banks to report their American account holders that the IRS has been able to enforce it.

The US has tax treaties with around 100 other countries, but they don’t prevent most American expats from having to pay US taxes. Instead, when expats file, they can claim one or more exemptions that the IRS has made available to help prevent double taxation.

Balancing two tax regimes can be complex, as most other countries have a different tax filing deadline, and in some cases a different tax year too (for example the UK tax year runs from April 6th to April 5th). As a result, the IRS has made a number of US tax filing extensions available for expats, allowing them to fulfill and collate all of their tax filing obligations for both countries.

The IRS gives expats an automatic 2 month filing extension until June 15th, providing that they are living abroad on April 15th. That said, the IRS still requires expats to pay any tax due by April 15th.

Most expats won’t owe any US tax however, assuming that when they file they claim either the Foreign Tax Credit (offering a $1 US tax credit for every dollar of foreign tax they’ve already paid), or the Foreign Earned Income Exclusion (which allows expats who meet the eligibility criteria to exclude the first around $100,000 of their earned income from US taxation).

Furthermore, the IRS requests that expats who file after April 15th attach a statement to their return explaining that they are using the extension because they are living outside the US.

Expats who still require more time to file after June 15th can request a further four month extension (so a total of six months) until October 15th.

Expats who still need extra time to file and who have already requested the extension until October 15th can write to the IRS requesting two further months until December 15th.

Expats who have a total of over $10,000 in foreign bank or investment accounts at any time during a tax year, including any accounts that they have any control over (such as company or joint accounts), are also required to report all of their foreign accounts by filing an FBAR (Foreign Bank Account Report).

To avoid having to pay back taxes and fines, Americans living abroad who are behind with their US tax and FBAR filing should take steps to catch up at their earliest convenience, before the IRS writes to them.

Once the IRS writes to an expat, they often can’t back claim the exemptions available for expats, so they may face a back tax bill going back several years, as well as penalties and interest, even if they’ve already paid foreign tax on the same income abroad.

Expats who catch up before the IRS writes to them though can do so without facing any penalties under the IRS Streamlined Procedure amnesty program, by filing their last three tax returns, their last six FBARs, and self-certifying that their previous non-compliance wasn’t willful avoidance.