The American Dream is Alive and Well – Overseas 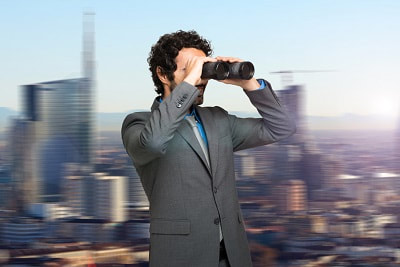 Lane Anderson – It’s a common scene from an American household: Kristy Williams is plying her young son, Thomas, with Oreos and marshmallows to finish his studies. The difference is that Thomas is working with a tutor learning Mandarin Chinese, and the Williamses are living in Hangzhou, China, two hours from Shanghai. Kristy and Joel Williams moved their four children from Houston to China a month ago after Joel’s employer, Bray, a valves manufacturer, announced that they were looking for someone to work in their Hangzhou offices.

Joel texted Kristy from work and said, “Would you want to move to China?” Kristy chuckled at first, but after thinking about it for a bit she thought, “Yeah, why not?”

The Williamses are part of a growing trend of Americans who are finding that some of the most exciting opportunities lie overseas, not in the U.S. Up to 6 million American citizens are now living overseas, according to the Migration Policy Institute, and a Gallup poll shows that those numbers have leaped in recent years; between 2009 and 2011, the number of American ex-pats between the ages of 25 and 34 surged from barely 1 percent to more than 5 percent.

While the U.S. economy continues to lag, with a deficit of nearly 9 million jobs, economies like China, India and Dubai are flush with jobs and possibilities for advancement. New college grads and ambitious career people like the Williamses are increasingly looking abroad in search of the next opportunity and the “American Dream.”

U.S. college grads are coming out of school with more debt than ever, and the debt keeps climbing. According to the Project on Student Debt, the average debt load for American grads leaped from $26,600 in 2011 to $29,400 in 2012.

Even as college grads are taking on more loans, they face unemployment and poverty-level wages of $16.60 an hour, reports the Economic Policy Institute. The combination of soaring student debt and a sagging economy puts U.S. graduates in a tight spot.

Yet there are plentiful jobs overseas for American grads, according to Bruce Jones, president and founder of International Tefl Academy, which helped place 1,500 people in English-teaching jobs overseas last year. In China alone, there are at least 100,000 jobs for native speakers to teach English, Jones says.

“Think about it,” says Jones, “there are more people in China learning and speaking English than the entire population of the U.S.” Jones sees a lot of recent college graduates and soon-to-be college graduates coming through his doors looking for their next gig and trying to figure out how to make their student loan payments, but he’s also started seeing retirees.

In Europe, English teachers will usually break even after living expenses, he says. But there is opportunity to make cold hard cash: the people who are banking money go to South Korea and China, where they can stash $1,500-$2,000 a month after living expenses, and housing and airfare are often paid for. The same goes for Dubai and Kuwait. Jones now has 25 offices around the world and has helped more than 10,000 native English speakers find work, and the demand shows no sign of slowing.

Teaching English is a popular way to get work in a foreign country, but it’s not exactly a career. Most people Jones works with teach for three years at most. Teachers can transition to other work in their adopted homes, he says. Americans go to Asia and China to make business connections and network while they are there, and some eventually end up at Samsung or LG.

Casey Clemence is vice president of human resources for India and the Middle East of a large American engineering company, and he says he is contacted by seven to 10 Americans every day that are looking to get into a career overseas — about half of whom are new college grads. “I think that a lot of Americans are looking for a viable job market,” says Clemence, who moved to Saudi Arabia when he was laid off by Bank of America in 2009 and found the U.S. job market had dried up.

“There is high unemployment in the U.S., and people figure if they can find a gig overseas, pay the bills and pay down their student loans and get some adventure under their belt — bring it on,” says Clemence.

A common route he recommends for job seekers is large accounting firms that have offices from Australia to Switzerland and need everything from auditors to administrators. The foreign service is another route that many people don’t think about, but it’s a great possibility for people who are “culturally alive, good with languages and smart,” says Clemence.

Americans who already have work in the U.S. find that there are opportunities abroad, or that their employers expect them to do an international tour. When Goldman Sachs announced that it would finally be adding 1,000 jobs after the recession, for example, all of those jobs were available only in Singapore.

The Williamses’ move to China was voluntary, but it seemed like a smart move to get ahead. “China and Asia are important to the company’s long-term growth, and companies like executives with international experience,” says Kristy Williams. The couple spoke to families who had done tours in China and Europe before making the move. “Everyone was of the opinion that this will only help you,” she says.

Matt Mullens, a recruiting manager who moved to Kuwait in 1997 shortly after he graduated from college, warns that it’s not easy to break into the global job market: “You’re competing against educated English-speakers from India and Pakistan who are willing to work for less than Americans are,” he says. Ex-pats should also be careful about where they take work — foreign workers often don’t have the same rights as native residents, and a company can quickly terminate them without severance and cancel their sponsorship.