The US – Israel Tax Treaty for Expats 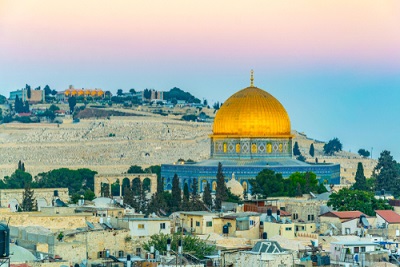 The US-Israel tax treaty was signed in 1975, and last updated in 1995, though there is speculation that it will be updated again soon in the light of the changes to the US tax system implemented in the recent tax reform.

The purpose of the treaty is to prevent double taxation for Americans living in Israel and Israelis living in the US. The principle way it achieves this is by defining which country taxes which types of income for whom, and then allowing expats to claim tax credits in one country to offset taxes that they’ve paid in the other country.

This means that US expats who qualify as Israeli tax residents according to Israeli tax rules must file both Israeli and US tax returns.

US taxes for expats in Israel

The US taxes based on Citizenship, meaning that all US citizens and green card holders, including US expats living in Israel, who have worldwide income of over $12,000 a year per person (for year 2018), or just $400 of self-employment income, are required to file a US tax return each year.

This leaves many US expats living in Israel having to file two tax returns, and also puts them at risk of double taxation.

Expats receive an automatic filing extension for their US taxes until June 15th, and they can request a further extension until October 15th if they need to, giving them plenty of time to file their Israeli taxes first (which are due by April 30th) .

US expats in Israel may also have to file a Foreign Bank Account Report (FBAR), if they have over $10,000 in total in non-US based bank and investment accounts at any time during the year (including any that they have signatory authority or control over, even if not in their name).

“Israeli tax residents are taxable on their worldwide income. Non-resident individuals are subject to income tax on Israeli-source income and to capital gains tax on capital gains from assets situated in Israel” – PwC

The United States – Israel Tax Treaty covers double taxation, however due to a Savings Clause, the benefits are limited for American expats living in Israel. The Savings Clause (found in Article 6, paragraph 3 of the treaty) states that the US can still tax American citizens living in Israel as if the rest of the treaty didn’t exist. The treaty does ensure though that no one will pay more tax than the higher of the two countries’ tax rates, by allowing US expats in Israel to claim US tax credits against Israeli taxes paid and Israeli tax credits against US taxes paid, depending on where the income arises.

In practice this means that American citizens living in Israel normally end up filing both US and Israeli tax returns and paying the higher of the two countries’ tax rates on each type of their income.

To claim US tax credits against Israeli taxes paid, expats must file Form 1116 when they file their federal tax return. By doing this, the vast majority of US expats in Israel won’t end up owing any US income tax.

Article 29 of the US-Israel Tax Treaty also allows the Israeli government to send US expats’ Israeli tax information directly to the IRS, along with their Israeli bank and investment account balances.

To claim a provision in the United States – Israel Tax Treaty (other than claiming US tax credits), expats should use IRS form 8833. For example, articles 23 and 24 of the treaty include provisions that may benefit American teachers, students and trainees.

Expats in Israel who are behind with their US tax filing because they were unaware of the requirement to file from abroad can catch up without facing penalties under an IRS amnesty program called the Streamlined Procedure, so long as they do so before the IRS contacts them about it.