US Expat Offshore Bank Account Reporting – What You Need To Know 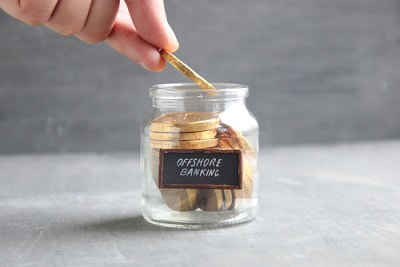 The US has an unusual tax system that requires all Americans to file US taxes, whether they live in the US or abroad, reporting their worldwide income.

Many US expats aren’t aware of this requirement, so they only concentrate on filing and fulfilling local tax obligations in the country where they live. Many expats also assume that once you don’t live in the States, you are out of reach of the IRS, or that they are protected by a tax treaty that prevents double filing.

Unfortunately, neither of these assumptions is true though.

The system of taxing Americans who live abroad started during the civil war when wealthy landowners started fleeing to Canada. The government needed their taxes to fund the war, so it changed the tax system to mean they still had to pay even if they left the country.

To avoid having to pay taxes both to a foreign country and the US, expats must claim one of more exemptions such as the Foreign Tax Credit or the Foreign Earned Income Exclusion when they file. But they still always have to file, reporting their worldwide income.

Another US filing requirement for many expats is offshore bank account reporting.

The US government has been concerned for decades about Americans evading US taxes by depositing their money offshore where the IRS wouldn’t know about it. To combat this, in 1970 the US began requiring expats with more than $10,000 in offshore financial (bank and investment) accounts to report it annually by filing a Foreign Bank Account Report, or FBAR.

Again though for a long time the requirement to file an FBAR was unenforceable. In 2010 though, another law, the Foreign Account Tax Compliance Act (FATCA), was passed that requires all foreign banks and investment firms to report their American account holders’ account details to the IRS. Nearly all (over 300,000) foreign financial firms are now complying.

This allows the IRS to look closely at expats’ finances, so they now know who should be filing an FBAR, as well as whether expats are filing their FBARs and federal tax returns completely and accurately.

The penalties for not filing federal tax returns and FBARs are steep, and can even result in a passport not being renewed for non payment of assumed back taxes.

Compliance is for most expats fairly straightforward though. Expats have an automatic extension until June 15th to file (and they can request a further extension if required) to file their US tax return, and so long as when they file they claim the most beneficial IRS exemptions for their circumstances, most won’t up owing any US tax, or many even claim a tax refund, or carry forward tax credits.

In terms of offshore bank account reporting compliance, expats should file an FBAR to report their offshore bank and other financial accounts online by filing FinCEN form 114 at the same time that they file their federal tax return.

Expats who are already behind with their US tax or FBAR filing because they weren’t aware of the requirement to file can catch up without facing any penalties under an IRS amnesty program called the Streamlined Procedure.