Global Minimum Corporate Tax Rate Agreement – What Does It Mean for US Expats? 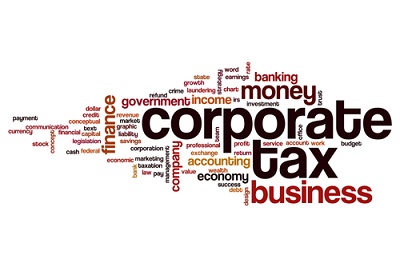 At a summit on Saturday June 4 2021, the G7 group of countries agreed to establish a global minimum corporate tax rate, as well as a common way to tax the biggest international digital services companies.

In the digital age, companies can sell services online in other countries without having a physical presence there. Furthermore, large companies have often registered in a low corporation tax country to avoid paying tax in the countries where they have sales or are headquartered.

Governments have for years been trying to address these issues. The Organization for Economic Cooperation and Development has been coordinating talks on both the issue of international corporation tax avoidance and international digital services taxation for years, but, until now at least, without achieving widespread agreement.

President Trump tried to address the issue of American firms registering abroad in low tax countries to avoid US tax by introducing a new tax called GILTI (Global Intangible Low Tax Income). GILTI forced all American-controlled companies registered abroad to pay at least a 10.5% tax to the US.

President Biden has given the issue fresh momentum, as he seeks to raise additional revenue to pay for his spending plans.

The agreement that the G7 has reached sets a minimum global corporation tax rate of 15%, and sets out a framework for ensuring that the largest digital companies pay some corporate tax in the countries where their sales are.

How will it work?

The way the minimum global corporate tax will work is that if for example a US company registers in Ireland, which has a corporate tax of 12.5%, the company will have to pay a top up tax of the difference to the US, so in this case 2.5%.

“The Group of Seven wealthy democracies agreed Saturday to support a global minimum corporate tax rate of at least 15% in order to deter multinational companies from avoiding taxes by stashing profits in low-rate countries.” – USA Today

The aim is to remove the advantage of registering abroad to some extent. However, if the home country’s tax rate is more than 15% (as it is in most countries), while the advantage for the company still remains, they will pay a bit extra to their home country, which in turn will raise some additional revenue.

When will it be implemented?

The G7 countries have an agreement, and they can go ahead and implement it between themselves, however they are hoping to reach wider agreement with more countries, starting with the G20.

It shouldn’t be too hard an idea to sell to most countries, as it will mean additional revenue for all but those few with a corporate tax rate lower than 15%.

However, some countries, notably France, see the 15% figure as a starting point that should be raised over time.

How will it affect expats?

Americans with corporations registered in low tax countries were hit hard by the introduction of GILTI in the 2017 tax reform. Most have since restructured their offshore companies to minimize tax in the light of the new rules.

President Biden also has plans to double the GILTI rate to 21%, which, if enacted, will affect Americans with companies registered abroad more than the global minimum corporate tax. It’s worth noting though that GILTI can be offset by foreign corporation taxes paid, so it only affects American owned or controlled corporations registered in countries with very low (or no) corporation tax rates.

Example 1: An American living in the UK has a cafe. His business is registered as an LLC in the UK, where he trades. He must however report his business to the IRS every year, and when he files his US taxes, because the UK corporation tax he pays is more than the GILTI rate, he claims US tax credits so doesn’t owe any US tax. Neither will be affected by the new global minimum tax, as the UK corporation tax rate is currently 19%, so higher than the new 15% minimum.

Example 2: An American digital nomad website developer travels the world while working, and invoices clients through a company registered in the Bahamas, where there is no corporation tax. As a result, she currently pays 10.5% of his profit in GILTI tax to the US each year. President Biden plans to raise this rate to 21%. It’s not yet clear whether they will also have to pay 15% corporation tax to the US on top of  GILTI tax.

While all American citizens have to file US taxes every year reporting their global income, most don’t up owing any US tax, as when they file they can claim exemptions and credits available to expats to reduce their US tax bill, most often to zero.

Americans living abroad who are behind with their US tax filing can catch up without facing penalties and while still claiming exemptions and credits under an IRS amnesty program called the Streamlined Procedure.