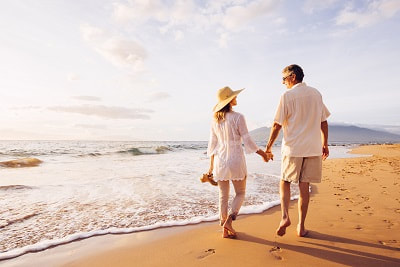 Retiring abroad is a dream for many Americans. Many popular destinations such as Mexico and Costa Rica provide a better climate, affordable, high quality health care, and an overall better quality of life compared to the US.

Americans living abroad are still required to file US taxes on their worldwide income though, so tax planning should form part of the calculations for Americans thinking about retiring abroad.

Furthermore, most foreign banks currently require Americans to be fully compliant with their US tax filing before they let them open an account or access any other services, so it’s also a practical necessity nowadays to stay up to date with US tax filing when you live abroad.

General US tax rules for expats

Expats get longer to file than Americans living in the US, until June 15th, with a further extension available until October 15th on request.

Expats who pay taxes abroad on their retirement income can claim the Foreign Tax Credit, which offers a $1 US tax credit for every dollar of tax they’ve paid to another country.

Expats with over $10,000 in total in offshore bank or investment accounts (including pensions with a cash balance) are required to report them by filing an FBAR (Foreign Bank Account Report) each year. Expats with offshore financial assets worth over $200,00 meanwhile also have to file form 8938 when they file their annual US return.

“The US taxes its citizens and residents on their worldwide income, notwithstanding the source thereof.” – Forbes

Former residents of some US states may also have to keep filing a state tax return, although most states will stop requiring this when expats demonstrate that they have moved abroad permanently.

Receiving a US pension

Receiving a qualified US pension distributions abroad is normally straightforward. Qualified pensions such as IRAs and 401k plans are taxed in the US for expats the same as they would be for Americans living stateside. Similarly, US social security payments are not taxed by the US, though they may be considered taxable income in the country where the expat lives, depending on the tax rules there. US social security payments can be sent directly to a foreign bank account if required.

While in most cases foreign pension distributions are not considered taxable income in the country where they paid, they are however by the US.

The exception is when a measure in a specific tax treaty allows foreign social security pension payments to be excluded from US income taxes (such as the US-Canadian tax treaty, for example).

Similarly to domestic pensions or annuities, the taxable amount of a foreign pension or annuity is generally calculated as the gross distribution minus the cost.

As mentioned above, expats who pay foreign taxes on their foreign pension distributions can claim the US Foreign Tax Credit to offset these taxes paid against US taxes owed.

Americans who have been living abroad for a while already but weren’t aware that they should have been filing US taxes can catch up on their US tax filing without facing any penalties under an IRS amnesty program called the Streamlined Procedure.

The Streamlined Procedure requires expats to file their last 3 tax returns and last 6 FBARs (as required), pay any back taxes due, and self-certify that their previous non-compliance was non-willful.