US Expats Could Lose Their Passports for Overdue Taxes 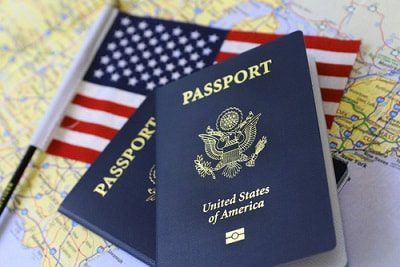 Hidden inside a highway funding bill that Congress is expected to pass later this month, is a measure that will give the State Department the ability to revoke the passports (or deny their renewal) of people who are behind on their taxes, the Wall Street Journal recently reported.

The new law will affect people who owe more than $50,000 in back taxes including penalties and interest, in cases where a lien or levy has been filed against the amount owed.

People who are under a payment plan or otherwise working to resolve the debt would be fine, as would people challenging their debts in court, and people travelling or working abroad for humanitarian purposes.

The law is due to take affect on January 1st 2016, and will apply to existing debts. The government hopes that the measure will raise $400m to pay for highways infrastructure, which is why it has been included in the highways bill.

According to the IRS, two-thirds of US taxpayers pay more taxes than they owe and receive tax refunds. There is concern though that the new law will disproportionately affect Americans living abroad.

Many US expats remain unaware of their tax obligations and filing requirements, while they are also less likely to be on the IRS email database, and so may not know about the new measure until it’s too late. While $50,000 sounds like a lot, a debt can quickly increase because of penalties and interest. Furthermore, FATCA legislation requires foreign banks to report their US account holders to the IRS, so the IRS knows what many US expats are earning and how much tax they owe whether they have filed their returns or not.

Expats who lose or are unable to renew their passports could be left unable to return to the US to resolve the matter.

American Citizens Abroad, the campaign group representing for the rights and issues of US expats, has written to the Speaker of the House and the Chairman of the Senate Finance committee urging them to delay implementation of this aspect of the new law until they have held hearings and carried out research on its possible impact. The legislation is likely to go ahead nevertheless.

Expats’ financial and tax situations can be complex due to cross border incomes and dual filing requirements. We would strongly recommend however that all Americans living abroad ensure that their tax affairs are in order, and that they are both aware of and taking all reasonable steps relating to any back taxes they might owe, in the knowledge of the possible consequences of not doing so as a result of the new law.