US Expats in France in Line for IRS Windfall 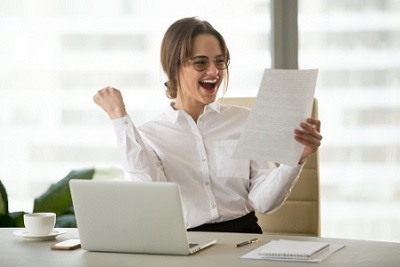 Many Americans living in France are in line for a IRS tax windfall after an US court ruled last week that expats could claim US tax credits against a French income tax that they previously weren’t allowed to.

All Americans are required to file US taxes on their worldwide income, wherever in the world they live. Rather than relying on international tax treaties (which rarely benefit Americans living abroad), to avoid double taxation US expats must claim one or more exemptions or tax credits that the IRS has made available for this purpose when they file.

Many expats who live in countries such as France that have higher income tax rates than the US often claim the Foreign Tax Credit by filing IRS Form 1116.

The Foreign Tax Credit allows Americans who pay income tax in another country to claim US tax credits to the same value as the foreign income tax that they’ve already paid. As most expats in France pay more French income tax than the US tax they would owe on their total global income, the Foreign Tax Credit most normally enables them not only to eradicate their US tax bill, but to have excess US tax credits left over that they can carry forward for use in future years.

Up until now though, expats in France have suffered because two particular French taxes on residents’ income – the Contribution Sociale Généralisée (CSG) and the Contribution pour le Remboursement de la Dette Sociale (CRDS) – were considered by the IRS to be social levies rather than income taxes, so that expats couldn’t use the Foreign Tax Credit to offset them against US income tax.

These two taxes can typically be around 10% of income.

“The U.S. government will stop contesting a tax deduction sought by Americans living in France, according to a law firm involved in a seven-year legal battle over the levy.” – Bloomberg

Following a 7 year case against the IRS however, the IRS has now accepted that these two French taxes are in fact income taxes, and updated its guidance to accept that expats living in France can claim US tax credits against these taxes, including back-claiming for past years going back to 2009.

The IRS estimates that the average claim that will result from expats who have been living and working in France during the last few years will be $10-15,000 a year, so they are expecting a significant overall payout.

What should US expats living in France do now?

Expats living in France (or who have lived in France since 2009) and who pay (or paid) French income taxes should contact an expat tax specialist to find out how they should back file any previous years’ US tax returns that they may be able to claim a refund or additional Foreign Tax Credit for. Those Americans who have just moved to France should also ensure that their expat tax preparer is aware of the new ruling so they can claim the right amount of US Foreign Tax Credits going forward.

Need to file US back taxes?

Expats who have been living in France but who weren’t aware that they had to file US taxes from abroad can catch up, including claiming US tax credits against the French income taxes that they previously couldn’t, under an IRS amnesty program called the Streamlined Procedure.