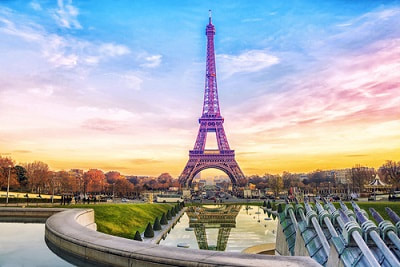 There are an estimated 102,000 Americans living in France.

Living in France is an incredible experience for a variety of reasons – the history, culture, cuisine, climate, wine, beaches, skiing, and the wonderful countryside to name but a few. As an American expatriate living in France though, what exactly do you need to know regarding filing US expat (and French) taxes?

The good news is if you are already paying income tax in France, there are various claimable exclusions and exemptions available to reduce your IRS income tax bill.

“France now has a higher tax burden than any other country in the euro zone apart from Belgium.”
– The Economist Magazine.

If you pay income tax in France, there are several mechanisms that allow you to reduce or avoid being taxed on the same income by the IRS too. The two primary ones are the Foreign Earned Income Exclusion, which lets you exclude the first around US$100,000 of foreign earned income from US tax if you can demonstrate that you are a French resident, and the Foreign Tax Credit, which gives you a dollar tax credit for every dollar of tax you’ve paid in France. The Foreign Tax Credit is normally a better option if you pay more tax in France than you would to the IRS, as you can carry the excess credits forward for future use. Be aware though that even if you don’t owe any tax to the IRS, if your income is over the IRS thresholds mentioned above, you still have to file.

The United States – France Tax Treaty covers double taxation with regards to different types of income tax and capital gains tax, however, as already mentioned, the benefits are limited for American expats living in France. The treaty does ensure though that no one will pay more tax than the higher of the two countries’ tax rates, and it also defines where taxes should be paid, which normally depends on where the income arises.

There may still be benefits in the US-France Tax Treaty for American researchers, teachers, students, diplomats, and professional athletes competing. To claim a provision in the United States – France Tax Treaty (besides claiming US tax credits), expats can use IRS Form 8833.

The way for most US expats to avoid double taxation on their income arising in France is to claim US tax credits to the same value as French income taxes that they’ve already paid.

For income arising in the US, Americans in France can claim French tax credits against income US taxes paid to the IRS.

The US-France Tax Treaty also contains a clause that allows the French government to send US expats’ French tax information directly to the IRS, as well as their French bank and investment account balances.

To claim a provision in the United States – France Tax Treaty (besides claiming US tax credits), expats should use IRS form 8833.

While the US-France tax treaty doesn’t cover social security taxation, a separate agreement called a Totalization Agreement helps US expats in France not to pay social security taxes to both the US and French governments. Expats’ contributions made while in France can be credited to either system. Which country they pay depends on how long they will be living in France for.

French taxes – what you need to know

French tax returns are due by mid May. The exact date is confirmed early each year. The French equivalent of the IRS is called the Direction Générale des Finances Publiques, and the French tax return form is called form 2042. Taxes can be paid in monthly instalments, by 15th of each month, starting in February.

Americans are considered French residents if their main home is in France, or if France is where they work or the center of their economic interests.

French income tax rates are relatively high compared to in the US, so for many people it will make sense to claim the Foreign Tax Credit. French income tax rates range from 0% to 45%, however there’s an additional 3% or 4% surcharge on higher earners, and furthermore everyone has to pay an additional 9.2% on employment income or 9.9% on other types of income. In 2019 the IRS announced that expats in France could claim (and back claim) US tax credits against this tax, too.

Alongside income tax, there are taxes on owning property (Taxe Foncière), living in a property, whether you rent or own it (Taxe d’Habitation), and owning a TV or device for watching TV, such as a DVD player or computer (Redevance Audiovisuelle). Lastly, there is an annual wealth tax for anyone with French assets worth over 800,000 Euros.

We strongly recommend that if you have any doubts or questions about your tax filing situation as a US expat living in France that you contact a US expat tax specialist.