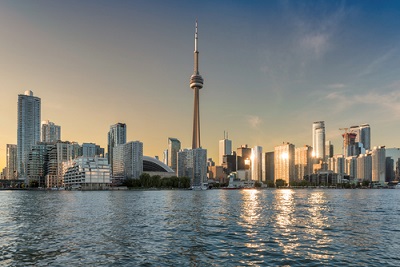 Canada is the second most popular destination for Americans living abroad (after Mexico), with an estimated one million US expats. Many US expats living in Canada aren’t sure about their US tax filing obligations though, and they often ask whether they need to file a US tax return, and, if so whether they need to report their Canadian income. In this article, we reveal the answers to these questions.

Do American expats in Canada have to report their Canadian income on a US tax return?

How should US expats in Canada report their Canadian income in their US tax return?

US expats in Canada should report their Canadian and any other income on form 1040. American expats receive an automatic filing extension until June 15th, with a further extension available until October 15th.

When expats in Canada report their Canadian income on Form 1040, they have to convert it into US dollars. The IRS doesn’t specify a conversion rate to use, however they do insist that taxpayers use a reputable source and that they consistently use the source they choose.

Expats are required to report all types of income arising in Canada on their US tax return on the relevant part of Form 1040, such as earned income on the main form, interest and dividends on Schedule B, business profits on Schedule C (and foreign registered businesses may have other US reporting requirements too), and Schedule E for rental income.

“If eligible, you can claim a foreign tax credit on foreign income taxes owed and paid by filing Form 1116 with your U.S. income tax return.” – the IRS

How can US expats in Canada avoid paying US taxes on their Canadian income?

The US – Canada Tax Treaty doesn’t prevent expats in Canada from having to file US taxes, or from reporting their Canadian income.

When expats file though, they can file additional forms to claim one or more exemptions that exempt most expats from owing any US taxes.

Expats who pay Canadian income tax at a higher rate than the US income tax rate can file Form 1116 to claim the US Foreign Tax Credit, allowing them to claim a $1 US tax credit for every dollar of tax already paid in Canada. This normally eliminates any US tax liability, and expats may even find that they have additional US tax credits left over that they can carry forward for future use.

Some other expats may prefer to simply exclude the first around $100,000 of their worldwide earned income from US taxation by filing Form 2555 and claiming the Foreign Earned Income Exclusion.

What other US reporting requirements affect Americans living in Canada?

Americans living in Canada may also have to report their Canadian bank and investment accounts on FinCEN Form 114, also known as an FBAR (Foreign Bank Account Report) each year. Penalties for ignoring this filing requirement are steep, and Canadian banks and other financial firms are providing the IRS with their American account holders’ balances and contact details directly, so it’s important not to neglect FBAR filing.

Expats with over $200,000 of financial assets outside the US also have to report them on Form 8938 when they file their federal tax return.

What about Social Security taxes?

How can US expats in Canada catch up with their US tax filing?

Americans living in Canada can catch up with their US tax and FBAR filing without facing IRS penalties under an amnesty program called the Streamlined Procedure, including claiming IRS exemptions to reduce or eliminate their IRS back taxes, so long as they do so voluntarily before the IRS contacts them.

If you have any questions about filing US taxes from Canada, seek advice from a US expat tax specialist, who will save you time, hassle, and, most importantly, money.