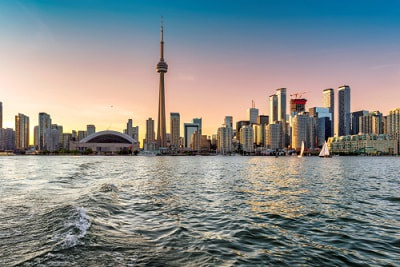 The US-Canada tax treaty was signed in 1980, with a protocol added in 2007. The purpose of it is to prevent double taxation for Americans living in Canada and Canadians living in the US, however due to the inclusion of a ‘Savings Clause’ in Article XXIX (Miscellaneous Rules), which states that the US can tax its citizens as if the rest of the treaty didn’t exist, it doesn’t prevent US expats living in Canada from having to file US taxes.

US taxes for expats in Canada

The US has an unusual tax system, based on Citizenship. This means that all US citizens and green card holders whose income exceeds $12,000 a year, or just $400 of self-employment income, are required to file an annual US tax return, reporting their worldwide income, whether they reside in the States or abroad.

Canada on the other hand only requires Canadian residents to file Canadian taxes. An American typically qualifies as a Canadian tax resident if they spend over 183 days in Canada in a year.

This means many US expats living in Canada having to file two tax returns, and it also puts them at risk of double taxation.

Expats receive an automatic filing extension for their US taxes until June 15th, and they can request a further extension until October 15th should they need to, giving them plenty of time to file their Canadian taxes first.

US expats in Canada may also have to file a Foreign Bank Account Report (FBAR), if they have over $10,000 in total in non-US based bank and investment accounts at any time during the year (including any that they have signatory authority or control over, even if not in their name).

The United States – Canada Tax Treaty covers double taxation with regards to income tax and capital gains tax, however, as mentioned earlier, due to a Savings Clause, the benefit is limited for Americans expats in Canada.

The solution for US expats to avoid double taxation on their income arising in Canada is to claim US tax credits to the same value as Canadian incometaxes that they’ve already paid.

For income arising in the US, Americans in Canada can claim Canadian tax credits against income US taxes paid to the IRS.

“Under the intergovernmental agreement, Canadian banks will try to identify accounts held by American citizens and report them to the IRS through the Canadian Revenue Agency.”
– Global News

To claim US tax credits against Canadian taxes paid, expats must file form 1116 when they file their federal tax return. By doing this, the vast majority of US expats in Canada won’t end up owing any US income tax.

Alternatively, expats can claim another exemption called the Foreign Earned Income Exclusion by filing form 2555, which simply allows them to exclude the first around $100,000 of their earned income from US taxation. Which exemption is most beneficial depends on each expat’s circumstances (e.g. their types of income, residency status, income levels, where their income originates etc). It is also possible to claim both the Foreign Earned Income Exclusion and the Foreign Tax Credit, although they can’t both be applied to the same income.

The US-Canada Tax Treaty also has a clause that allows the Canadian government to send US expats’ Canadian tax information directly to the IRS, as well as their Canadian bank and investment account balances.

Furthermore, the Canadian government can collect fines on behalf of the IRS, and penalties for not filing US  federal returns and FBARs can be steep.

To claim a provision in the United States – Canada Tax Treaty (other than claiming US tax credits), expats should use IRS form 8833.

American expats in Canada should also be aware that many of the tax free investment instruments available in Canada are taxable under U.S. law, including Registered Retirement Savings Plans, Tax Free Savings Accounts, and Canadian-based mutual funds.

Furthermore, the IRS doesn’t fully exempt capital gains on the sale of a primary residence. As such, US expats in Canada should always consult with a US expat tax specialist to ensure that they understand the implications of buying or selling their home or Canadian investments.

A separate agreement called a Totalization Agreement helps US expats in Canada not to pay social security taxes to both the US and Canada governments. Expats’ contributions made while in Canada can be credited to either system. Which country they pay to depends on how long they will be living in Canada for.