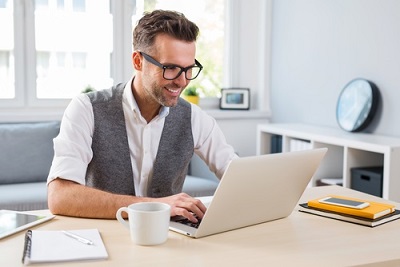 One of President Trump’s central election pledges in 2016 was to cut taxes. The result was the signing into law in 2017 of the Tax Cuts and Jobs Act, more often referred to as the Trump Tax Reform.

The Act didn’t just cut income and corporate taxes though, it also created some new ones, notably a tax dubbed by the media the ‘Apple Tax’ on a newly defined category of income called Global Intangible Low Taxed Income, or GILTI.

Previously, the tax system had allowed profits of foreign firms owned by Americans to remain un-taxed by the US until withdrawn from the company. This had been exploited however by large American firms such as Apple, who had registered in low tax countries and stockpiled their profits without paying tax on them anywhere (and paying minimal tax abroad).

The thinking behind the change was to close this loophole, however as well as large firms like Apple, the change profoundly affected millions of American expat small business owners, who suddenly faced large and ongoing US tax bills.

The GILTI tax is applied to US owners of CFCs, who must report their GILTI liability on the newly introduced IRS Form 8992.

What is a CFC?

The term ‘US shareholders’ refers to any American or American legal entity who owns, either directly or indirectly, at least 10% of a corporation’s shares or voting rights.

“The determination of a U.S. shareholder’s GILTI inclusion amount begins with the calculation of certain items of each CFC owned by the shareholder, such as tested income, tested loss, and qualified business asset investment.” – Reuters

Calculating Global Intangible Low Tax Income is complex, but the concept is that a CFC’s profits are allocated between the shareholders, and then each shareholder is taxed on their allocation as if it were personal income (so up to a rate of 37%).

There is a way to lower this rate, as if the US shareholder is a C corporation rather than an individual, the GILTI rate is a fixed 21%, with a 50% reduction available for CFCs that don’t trade or have operations in the US, bringing the effective tax rate to 10.5%. Furthermore, tax credits are available where foreign corporation taxes have been paid on the same income. So many expats with a foreign business can lower their GILTI tax bill by transferring their shares to a newly created US registered C corporation.

IRS Form 8992 is used to calculate CFC’s GILTI liability. It’s a complex form, and expats should seek assistance from a US expat tax specialist to help them complete it.

Form 8992 consists of Parts I and II and Schedule A. Schedule A is used to enter all of the taxpayers’ CFC’s allocation of profits, taken from each CFC’s Form 5471.

A recent court case brought against the IRS ruled in favor of the claimant, tax attorney Monte Silver, that the IRS acted unlawfully in the Tax Cuts and Jobs Act by not assessing the impact of the new rules on US owned small businesses. The implications of the ruling aren’t clear yet, but the IRS may have to rethink the way the law affects US expat small business owners. In the meantime though, fines for not filing Form 8992 are $10,000 a year.

Expats who are behind with their US tax filing because they weren’t aware that they had to file from abroad can catch up without facing penalties under and IRS amnesty program called the Streamlined Procedure.