Record Numbers of Americans are Renouncing US Citizenship 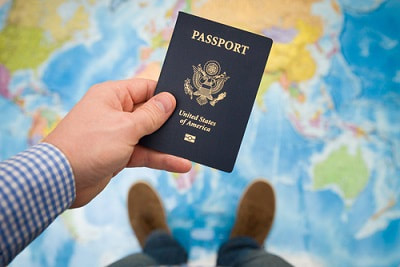 Every three months, the state department publishes how many people renounced their citizenship in that quarter. The most recent figure is 1426, which is a new record. To put that into context, in 2008, just 235 people renounced their US citizenship in the whole year. The number has been steadily rising since, with last year seeing a total of 3415 renunciations, while the State Department estimates that this year’s total will hit nearly 6000.​

The first point to make is that there are probably two different groups within the ranks of the renouncers: people who were born and grew up in the US but have settled abroad, and ‘accidental Americans’, people born and raised abroad but who have an American parent (or in some cases grandparent), or born in the US to foreign parents who were living there temporarily.

While the figures don’t reveal exactly how many renouncers are from each group, their primary underlying reason for renouncing is probably the same. People lived happily with dual citizenship for decades, but what has changed dramatically over the last few years though is the federal government’s approach to taxing US citizens and green card holders abroad.

Since the financial crisis, the national deficit and debt have soared, causing the government to pursue tax collection much more aggressively. One aspect of this has been a heavy handed approach to Americans living abroad.

The 2010 Foreign Account Tax Compliance Act (known as FATCA) compels all US citizens to declare their foreign income, and also all foreign financial institutions to declare any accounts belonging to US citizens. Institutions that don’t comply face steep fines if they trade in the US, which most do one way or another. This not only caused an extra burden of paperwork for US citizens living abroad, but for many seemed like the state had crossed a line and was intruding in private financial affairs far beyond its borders.

Long ago in 1970 the Treasury announced the Foreign Bank Account Report (FBAR), requiring US citizens to report any foreign bank accounts with at least $10,000 in them. Until recently, though, FBAR reporting had not been vigorously enforced.

While it’s understandable that people who have never considered themselves to be Americans would want to avoid burdensome US filing requirements, unless you are very wealthy and paying tax on the same income twice (to the US and your country of residence), it may not be worth renouncing your citizenship. The US has measures in place to prevent double taxation for the majority of people, including the Foreign Tax Credit and the Foreign Earned Income Exclusion.

While it can seem a nuisance filing each year, unless you are 100% certain that you will never want to live in the US again in the future, it probably makes more sense than renouncing your US citizenship and turning in your passport.