A US Tax Filing Guide for American Military Contractors Abroad 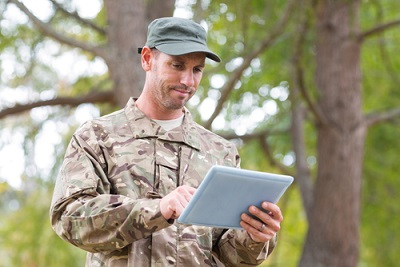 As American citizens, American military contractors are still required to file US taxes on their global income, wherever in the world they are working.

In this article we look at US tax filing rules for American military contractors working abroad.

American military contractors who are working abroad on April 15th receive an automatic two month filing extension until June 15th. They can also request a further extension until October 15th by filing Form 4868.

They still have to pay at least an estimated amount of income tax by April 15th though, other than in 2020, when due to the Coronavirus outbreak the tax filing and payment deadline has been extended until July 15th for all Americans.

The Foreign Earned Income Exclusion lets Americans exclude the first around $100,000 (the exact figure increases each year for inflation) of their earned income from US taxation.

“U.S. citizen or resident alien contractors or employees of contractors supporting the U.S. Armed Forces in designated combat zones may now qualify for the foreign earned income exclusion.” – the IRS

To claim the Foreign Earned Income Exclusion, military contractors either must have spent 330 days in a 365 day period that overlaps with the tax year outside of the US, or prove that their tax home was abroad on the grounds that their place of work was abroad for the entire year (even if they returned to the states to visit or if their main home is in the US).

If the US has a SOFA (Status of Forces Agreement) with the country where military contractors are working that excludes them from paying foreign country taxes though, then they can’t claim the Foreign Earned Income Exclusion.

US self-employment taxes for military contractors

Self-employed military contractors (as opposed to those employed by a firm) are still required to pay US self-employment taxes. Self-employment taxes consist of 12.4% social security tax, and 2.9% Medicare tax, and they can’t be excluded by claiming the Foreign Earned Income Exclusion. Some self-employed military contractors may benefit from establishing a corporation in a low tax jurisdiction that then employs them.

Income earned in foreign currencies must be converted into US dollars when reported in a US tax return. Americans can use any reputable currency conversion source, so long as they are consistent in which source they choose.

If military contractors are paid into a foreign bank account, they may need to report all of their foreign financial accounts (including bank and investment accounts, even if not registered in their name) by filing a Foreign Bank Account Report, or FBAR. This is solely a reporting requirement, with no additional tax implications.

American military contractors may also have to file state taxes if they have clear ties in a US state (such as a home, family, bank accounts, driving license, voter registration etc). The rules vary in each state though.

Filing US taxes as an American military contractor who spends significant time abroad can be complex, and it’s always worth seeking specialist advice to ensure that you not just stay compliant but file to your maximum advantage.