US Taxes for Americans Working Abroad 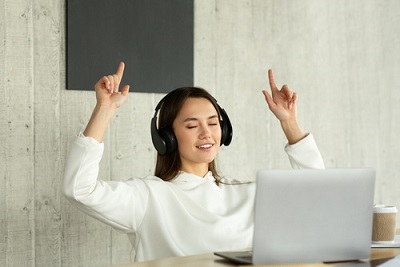 Millions of Americans live and work abroad. They may have been posted abroad by a US firm or the US government, they may have moved abroad and found employment with a foreign firm, or they may be self-employed or own and run their own business.

In every situation though, Americans working abroad are required to file US taxes. This is because the US taxes all US citizens worldwide, in contrast to other countries which typically just tax residents.

So Americans working abroad have to file a US federal tax return every year, reporting their global income. Some US expats have to file state taxes too, and many also have to report any foreign financial accounts (bank and investment) and financial assets that they may have.

Americans living and working abroad have to report their worldwide income on IRS Form 1040. Any income received in a foreign currency should be converted into US dollars using a recognized conversion source.

Americans filing from abroad receive an automatic two month filing extension until June 15th, although they can request additional time if they need to by filing Form 4868, which extends the deadline to October 15th.

Rules for US state filing vary by state, so Americans abroad should check with the state where they last lived to determine whether they have a state filing requirement or not.

Many Americans who live and work abroad qualify to file foreign taxes in the country where they live by virtue of residency there.

While the tax treaties the US has signed with other countries don’t prevent American expats from having to file both US and foreign taxes, the IRS has introduced a system of claimable tax credits to ensure Americans working abroad don’t pay income taxes on the same income twice.

“Good news for remote workers and Americans with wanderlust, as more and more countries are starting to create programs to lure travelers who want to relocate and live and work abroad.” – Forbes

For Americans paying foreign taxes in other countries with higher income tax rates than the US, claiming the IRS Foreign Tax Credit by filing Form 1116 when they file their federal return will allow them to claim US tax credits to the same value as the foreign taxes they have paid. As this is a higher amount than the US tax they owe, this will reduce their US tax bill to zero.

Americans abroad who don’t pay foreign taxes, or who pay foreign taxes at a lower rate than the US rate, can claim a different provision called the Foreign Earned Income Exclusion on IRS Form 2555. This allows them to simply exclude up to around $105,000 of their earned income from US taxation, including self-employment income. If they rent their home abroad, the total excludable amount can rise to include a portion of their housing expenses, if need be.

Americans with foreign registered businesses have to report them as part of their federal tax return, too.

Americans who have foreign registered financial accounts and assets may have to report them to Uncle Sam, by filing a Foreign Bank Account Report (FBAR) and Form 8938 respectively.

The minimum balance and value thresholds that trigger reporting refer to a total held by individuals rather than any single account or asset, and start at $10,000 at any time during a year. Qualifying reportable accounts include those an American has signatory or any other form of control over, even if not registered in their name (including business accounts, for example).

Americans who have been working abroad for one or more years already without filing US taxes because they didn’t know they had to can catch up under an IRS voluntary amnesty program called the Streamlined Procedure.

Filing US taxes from abroad involves more complexity than filing from in the US, so it’s always worth seeking professional advice to ensure you file accurately, completely, and to your maximum benefit.