US Taxes for Expats: Should I Use an Online Expat Tax Preparation Service, or a local CPA? 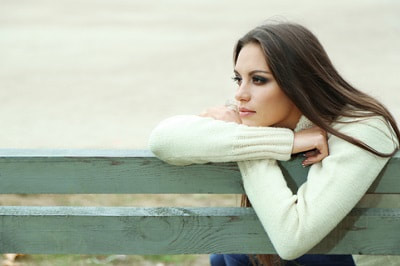 It’s tax time again, and just like Americans living Stateside, American expats also have to file a US tax return to report their worldwide income.

Filing taxes abroad can often be more complex though. As well as dealing with currency conversions, expats may also have to report any foreign bank and investment accounts that they may have by filing an FBAR.

To avoid double taxation, expats also typically have to claim one or more exemptions such as the Foreign Earned Income Exclusion and the Foreign Tax Credit that allow them to reduce or in most cases eliminate their US tax liability.

It’s due to the complexity of filing US taxes from abroad that expats have longer to file, until June 15th, with an extra extension available until October 15th upon request.

When faced with this complexity, most expats seek help from an expat tax specialist accountant. This often comes down to a choice between a local CPA where the expat lives, or an online tax preparation service.

One advantage of using a local CPA compared to an online tax preparation service is that you can meet them in person. In reality though, they are likely to be busy during tax season, so that communication will probably be limited to email anyway, so this advantage may in fact not materialize after (possibly) an initial first meeting.

Online tax preparation firms meanwhile use differing ways to allow you to communicate with your CPA, depending on the firm. This is a very important question to ask before you decide to go ahead – what sort of access will you have to your CPA, and how will you be able to communication with them during the process? As all expats know, Skype and Facetime make people feel much closer.

“U.S. citizens abroad face an array of tax compliance dilemmas for themselves and their families. Americans must report their worldwide income regardless of whether they are paying local taxes where they live. They also must report their non-U.S. bank accounts on FBARs” – Forbes

The cost of the service is another important factor. Online expat tax preparation firms often have low overheads and can pass on this saving to their clients. CPAs living abroad on the other hand often believe that local expats have little choice, so they sometimes price their services accordingly. So be certain to compare fees, taking into consideration what is included in each – and be sure that the fee that you are quoted at the beginning is in fact the final fee, with no ‘hidden’ extras added on later for any reason.

Taxes are a personal issue, in the sense that you share lots of personal information with your accountant, so security is another important issue. Contrary to what you might expect though, online expat tax preparation firms often employ more secure infrastructure that local CPAs abroad, who will often just ask you to email them your documents. Again, this is a question certainly worth asking to both.

Finally, the ability, experience, and credentials of the actual CPA that you’ll be working with are paramount in both scenarios, so don’t forget to ask them about their education, experience and expertise. Bear in mind that an EA is less qualified than a CPA, and that a firm that won’t let you connect directly with your accountant whenever you need to for any reason is probably prioritizing their interests over yours.

Catching up with filing back taxes

Many expats aren’t aware that they have to file US taxes from abroad (the US is the only developed country with this requirement, after all), so once they realize, they need to catch up.

Thankfully, there’s an IRS amnesty program called the Streamlined Procedure that allows expats to catch up with their US tax filing, including claiming the exclusions that reduce or eliminate the US tax they owe (and which aren’t available if the IRS contacts them first), without facing any penalties.

To catch up using the Streamlined Procedure, expats must file their last 3 tax returns and their last 6 FBARs (as applicable), and self-certify that their previous failure to file was non-willful.