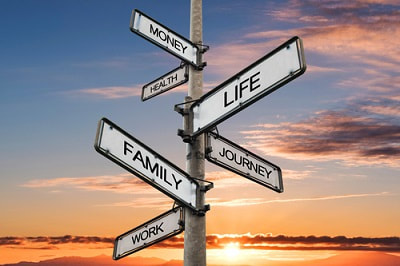 American expats are often justifiably upset at learning that they have to file a US tax return from abroad. This filing requirement also applies to anyone who has a green card. Furthermore, thanks to FATCA, a raft of information sharing agreements with foreign governments, and AI, the IRS is getting more and more sophisticated at knowing which expats should be filing and what they should be reporting.

When they realize that they still have to file US taxes from abroad, expats often choose between filing their own tax return, or turning to an expat specialist CPA firm.

Despite filing taxes as an expat typically being more complex than filing from the US, many expats choose to prepare their own US tax return. Here are some of the common mistakes they should aim to avoid.

Many expats turn to an expat specialist firm once, and then use that as a template that they can copy themselves the following year.

The problem with this approach is that US tax rules change from year to year, often in subtle ways For example, over the last few years tax bracket thresholds have risen a little every year, aong with the Standard Deduction and Foreign Earned Income Exclusion thresholds. In 2017 meanwhile, the FBAR filing deadline changed. The Trump Tax Reform Bill signals major changes for 2018 too tax year of course, and there may be things that can be done in preparation for the changes in 2017, depending on each expat’s particular circumstances. So simply assuming that US tax rules haven’t changed from year to year often proves a costly error.

2 – Reporting only US source income

In a way, it stands to reason that the US would only require American expats to report their US source income. While many other countries operate on this basis, the US requires that expats report their worldwide income and assets, regardless of whether the same income may already be liable to taxation abroad.

Thanks to FATCA and other bilateral international information sharing agreements, the IRS is now also able to know about expats foreign assets and income, so they know what most expats are earning and owning anyway.

“Many a dual country couple innocently starts filing U.S. taxes together, and that can be a very costly mistake. 95% of married couples file joint tax returns, often as a knee-jerk reaction.” – Forbes

Many expats choose to claim the Foreign Earned Income Exclusion on form 2555 to exclude the first around $100,000 of their income (the exact figures changes a little each year) from US taxation.

Expats who file their own tax return often make several mistakes relating to claiming the Foreign Earned Income Exclusion though, including:

– the Foreign Earned Income Exclusion may not be the best option for them The Foreign Tax Credit for example may be a more beneficial alternative.

– expats often aren’t sure exactly which types of income do and don’t qualify.

– expats often get the proof of living abroad wrong, either incorrectly calculating their days spent in or outside the US, or not providing sufficient evidence to satisfy the Bona Fide Residence Test. Both of these errors can lead to a claim for the Foreign Earned Income Exclusion being denied, leaving an expat open to double taxation.

(Our mobile app accurately keeps count of how many days expats spend in the US, without them having to lift a finger. Download it for free here).

Expats married to a foreign spouse should think carefully about whether they check married filing jointly or separately on their US tax return.

Either can be more beneficial , depending on the circumstances. For example, if an expat’s foreign spouse isn’t earning, filing jointly can allow the expat to claim double the Standard Deduction and Foreign Earned Income Exclusion. If the foreign spouse is earning more or has foreign assets though, by filing jointly all their income and assets (including possible future ones) will be brought into US tax liability.

5 – Missing items on an FBAR

Expats who have a total of over $10,000 in foreign bank and investments accounts at any time during the tax year are required to file a Foreign Bank Account Report, or FBAR.

Exactly which accounts qualify isn’t straightforward though. For example, accounts that an expat has signatory authority or any measure of control over, such as business accounts, qualify, even if not in the expats name. Similarly, any account that an expat benefits from in any way qualifies, such as those in the name of a trust.

6 – Not reporting foreign assets, investments, interests in foreign corporations and trusts, and gifts from foreign nationals or other foreign entities

There are a myriad of filing requirements for expats relating to foreign assets, investments, interests in foreign corporations (whether minority or majority interests), trusts, and gifts from foreign nationals (including a foreign spouse), foreign trusts, companies, and foundations .

Filing expat taxes is complex at the best of times, so we strongly recommend that expats with anything but the most simple of circumstances (and often even them, too) should turn to an expat specialist firm, who will typically save them more money than they charge, as well as ensuring that they avoid any fines.