What To Do If You’ve Never Filed US Taxes 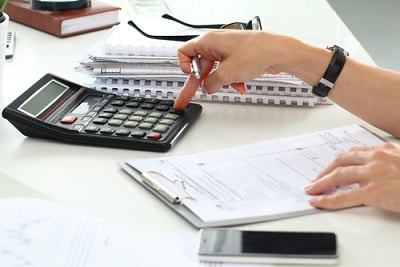 All Americans who earn over $10,000 (or just $400 of self-employment income) have to file a US tax return every year, wherever in the world they live or earn. Many Americans living abroad aren’t aware of this though, so they aren’t up to date with their tax filing.

Thankfully, for American expats who haven’t filed their US taxes because they weren’t previously aware that they were required to, there is a penalty free path to compliance called the IRS Streamlined Procedure.

Why it’s a good idea

The Streamlined Procedure is an excellent option for Americans living abroad who haven’t been filing their US tax returns for two very good reasons.

If the IRS find you before you have filed, firstly, you may be liable for huge fines, and secondly, you may not be able to claim the Foreign Earned Income Exclusion, which lets you exclude up to the first around $100,000 of your foreign earned income from US tax.

As such, regardless of whether the US and your country of residence have a tax treaty, or whether you’re already paying tax in another country, you may have to pay US tax on your worldwide income too. It may not sound fair, but that’s the way the US tax system rolls.

“Tax experts said the revised amnesty program is long overdue because it significantly reduces the potential financial risk for people who want to start filing.”
– The Globe and Mail

If you think the IRS won’t find you so it doesn’t matter, wrong again! Owing to FATCA, the Foreign Account Tax Compliance Act, a 2010 law that forces foreign banks to report their American account holders to the IRS (around 200,000 foreign banks are currently complying), along with tax information exchange treaties with foreign governments, they already know. It’s just a matter of time before they send you a letter.

How to do it

Also, Americans with foreign bank and/or investment accounts which have a total balance of $10,000 or more between them at any time during a tax year have to file an FBAR (Foreign Bank Account Report). The penalties for not filing (or for incorrect filing) of FBARs are sky-high.

To claim the Streamlined Procedure, you have to file your last three years’ tax returns (and pay any tax due, though most expats are eligible for one or more exclusions or exemptions that often take them out of US tax liability completely), and your last six years’ FBARs, and also self-certify that your previous non-compliance was non-willful

Finally, if you have any doubts or queries regarding your individual situation, don’t hesitate to get in touch with an expat tax specialist. Expat taxes can be complex, and a specialist will typically save you a lot more money than they charge you.