What’s Driving American Expats Out Of The United States 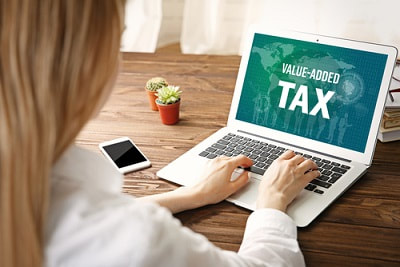 America; land of the free, home of the brave. For years the US has been seen as the land of opportunity, the country where dreams come true. But for how much longer? There are an estimated 7 million Americans living abroad and the number is only increasing — over 150,000 Americans departed the country last year. It isn’t just that they’re leaving, either — more people than ever before are choosing to renounce their US citizenship.

​In the first three months of 2013 679 American citizens chose to turn in their US passports, the highest number for more than 15 years. There was surprise at this high number, but more shock was to come during the last quarter of 2013 when a staggering 1,130 US citizens opted to renounce their citizenship. This is the second highest quarterly number ever, and 1,115 more than the same period just four years ago.

So what’s causing so many Americans to leave home with so little hesitance? Predictably, the leading factors are financial, but monetary reasons are not the exclusive cause.

The Rising Cost of Living

America is expensive. The cost of living has been steadily rising for the past decade but conversely, wages have remained stagnant and unemployment has escalated. Previously boasting the highest salaries in the world, the US now only makes the top five, trailing behind Luxembourg, Norway and Austria.

America is trailing behind much of Europe in many other aspects too. Young people working in engineering or IT are much better off working in Western Europe where the world’s highest-paying countries in these fields are. Even debt-addled Greece pays its IT workers more than the US does. During a time when you need to earn more than three times the minimum wage just to make rent on a modest two-bed home, the falling wages present a serious issue.

The cost of education is astounding too: student debt has recently exceeded total credit card debt in the United States. It isn’t just the amount of debt that is concerning for many Americans either — it is the attitude that accompanies the debt. The college loan systems here are the most rapacious in the world; bankruptcy cannot annul education debt and college students can now go to jail for non-payment. No other country in the world has such a predatory attitude toward its youth.

The Land of the Free?

Although America is still proudly referred to as the ‘Land of the Free’, the number of Americans happy with their level of freedom is drastically declining. While 91 percent of US citizens were content with their liberty in 2006, in 2014 that percentage has dropped to 79 percent — quite significant for a country whose core values are based around the concept of freedom. Once ranked highest in the world terms of perceived liberty, America is now ranked 36th.

Perhaps another reason for the increase in US expats is the ‘grass is greener’ notion — which may be more than just an idea in this case. It has been shown that as the American economy deteriorates, economic freedom across the world in general is rising significantly. The 2014 Index of Economic Freedom found that America no longer makes the top ten most economically free countries in the world. Economic freedom is based upon ten aspects: monetary freedom, investment freedom, financial freedom, trade freedom, business freedom, labor freedom, fiscal freedom, government spending, property rights, and freedom from corruption.

If the cost of living continues to rise in this lumbering economy then it surely won’t be a surprise if the number of Americans leaving the country only persists in rising too. While leaving the US may never be an issue of economic survival, the new economic climate is making it a much more tempting option than ever before.