When Should Expats Use The Foreign Tax Credit? 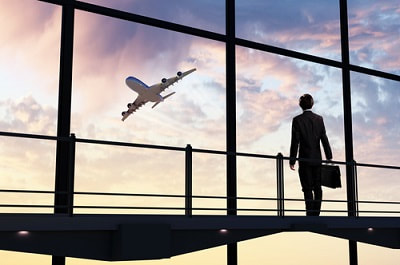 The US is the only developed country in the world that taxes foreign-sourced income of non-residents. This means that US citizens (including so-called ‘Accidental Americans‘) who meet certain minimum income thresholds still have to file a US federal income tax return to declare their worldwide income if they live or earn abroad.

Many Americans living abroad will also be liable to pay taxes in their country of residence though. Thankfully, there are several mechanisms in place that prevent expats from having to pay tax on the same foreign-earned income twice. The primary such mechanism is the Foreign Tax Credit.

The Foreign Tax Credit gives Americans who pay income tax abroad a tax credit worth one dollar for every dollar of tax that they have paid to a foreign government.

Also, it can’t be claimed against taxes paid to countries currently sanctioned by the US.

When should I use the Foreign Tax Credit?

“If you choose to take the foreign tax credit, and the taxes paid or accrued exceed the credit limit for the tax year, you may be able to carry over or carry back the excess to another tax year.” – the IRS

The Foreign Tax Credit is a good option for Americans who are paying income tax to a foreign government at a higher rate than the US rate. So for example, if a US expat was living in a European country that was taxing their (foreign-earned) income of $100,000 at a rate of 35%, they could claim $35,000 of US tax credits. The US federal income tax due on the same income would however just be $21,037 (in 2016), so that in this case the expat would have $13,963 (35,000 – 21,037) of excess tax credits that they could carry forward and use in future years. In this way, if an expat lived and worked in a foreign country that has higher income tax rates than the US for 5 years before returning home again for example, they could build up a good amount of tax credits and so make a significant saving on their future tax liability after returning to live in the US.

If on the other hand you live in a country with lower income tax rates than in the US, and particularly if your foreign-earned income is less than $100,000, it may be more advantageous to claim the Foreign Earned Income Exclusionrather than the Foreign Tax Credit.

How do I claim the Foreign Tax Credit?

The Foreign Tax Credit is normally claimed using form 1116, which should be attached to your federal return. A separate form 1116 Is required for every foreign-sourced income stream.

In some cases, such as if your only foreign earned income is ‘passive’ (e.g. from interest and dividends), you can claim the Foreign Tax Credit using form 1040. However if you do you can’t carry excess credits forward for future use

Can I claim the Foreign Tax Credit in conjunction with the Foreign Earned Income Exclusion?

If you are living abroad but haven’t been filing US taxes, don’t worry, but we strongly recommend that you consider catching up using the Streamlined Procedure amnesty program before the IRS comes to you.