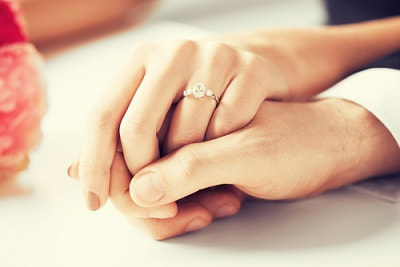 It’s a feel-good story that’s dominated the world’s headlines recently, how an American actress is set to become a British Princess. But how will becoming a British Royal impact Meghan Markle’s relationship with the IRS? And, will her Royal husband be roped into the US tax system too?

As the US taxes based on citizenship, all American citizens and green card holders, including anyone with the right to US citizenship, are liable to file US taxes, no matter where in the world they live.

Soon to be Princess Meghan is no doubt already aware that US expats still have to file US taxes, having lived in Canada since 2010 while filming her hit TV drama Suits. So in that respect at least, moving to the UK won’t change anything for her.

Marrying a British Prince could bring further complications however. For a start, if Princess Meghan neglects to check ‘Married Filing Separately’ on her first US tax return after marrying, her husband’s finances would also enter US tax jurisdiction.

No doubt the British Royals have good tax advisors though, judging by the way they have successfully managed to accumulate and preserve their wealth over the centuries.

So they may advise the new Princess to renounce her US citizenship when (or before) she marries.

While the number of Americans who have permanently settled abroad renouncing their citizenship to avoid filing US taxes has been rising over the last few years, renouncing is neither straightforward nor inexpensive, and furthermore once it’s done it’s irreversible.

“It sounds like a feel good story, an American actress wedding a British Prince. Leave it to complex U.S. tax laws to spoil it with tax problems.” – Forbes

As well as a fee of $2,350 to renounce, there’s also an exit tax on net worth for expats who are worth over $2m, or earn over $160,000 a year (Miss Markle may well fall into one or both of these categories, thanks to the success of Suits), as well as for those who can’t certify that they are up to date with their US tax filing requirements for the last 5 years, including foreign bank account (FBAR) filing.

So the future Princess Meghan will need to carefully organize her finances to avoid paying a hefty price before renouncing her US citizenship, if this is in fact what she decides to do.

On the other hand, she may not want to stop being an American, either for sentimental reasons, or as a safeguard in case of marital issues, allowing her to return to the land of her birth in the future.

In this scenario, the first and most important consideration will be that she ensures that her new husband remains outside the US tax system by checking ‘married filing separately’ on the first form 1040 she files after marrying.

So Miss Markle now faces the choice of renouncing her US citizenship, which although expensive will allow her to exit the US tax system permanently, or becoming a dual citizen and continuing to file US taxes as well as British.

If she retains her US citizenship though, she’ll simply be kicking the can down the road, as any royal children she may have will also have the right to US citizenship, so they will also either have to file US taxes or renounce their US citizenship when they reach the age of 18.