5 of the Best American Expat Blogs 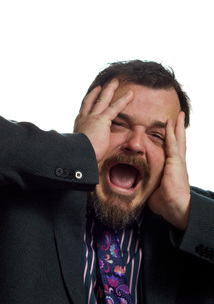 One – Banker in the Sun

After being robbed at gunpoint outside his home in Florida, Banker in the Sun re-evaluated his priorities in life and decided to pack in the bank job and follow his childhood dream of exploring exotic lands and Arabian kingdoms. He moved to Saudi Arabia, and then Thailand, no longer a banker, but now a self-proclaimed ‘digital nomad’. The blog is a blend of his experiences, interviews with other expats, and advice for other would be adventurers. Boasting a massive social media following, the unusual back story alone is enough to merit inclusion on our list.

A graphic designer from Portland, Oregan, married to a German who is smarter and better looking than him, responds by blogging about her foibles and English bloopers alongside his general perplexity about German life.

It sounds mean, but it’s actually a very funny tribute to his love for her. There’s plenty of good expat humour too, on subjects ranging from the maddening lack of good Mexican food in Berlin, to the Teutons functional and slightly intimidating approach to almost everything. There’s good advice for Americans who may be considering marrying a German too – never forget, he or she has forgotten more drinking songs than you will ever know.

Three – Postcards from across the pond

Michael Harling grew up in rural up state New York and dabbled in fundamental Christianity and stand up comedy before finding himself (“through no fault of my own”) an American expat living in the British countryside, or rather ‘Saxon territory’. He’s been writing his hilarious blog Postcards from Across the Pond since 2002, chronicling the idiosyncrasies of British life from an American point of view. He’s also published several books. Almost every post is laugh out loud funny.

Rachel met a Brazilian while travelling in Spain; next thing she knew she’d married him and moved to Rio. Like all expats, the cultural differences between her old and new homes intrigues her, however her eloquent if at times foul-mouthed take on the intricacies of Brazilian life makes for fun reading.

Five – Oregon girl around the world

Erin Kathleen moved with her husband and three children to Copenhagen in 2014 and started her blog to record her experiences and adventures. The blog contains plenty of great observations, ruminations, and travel tips, however what really lets it stand out is the stunning photography.