A Lesson in the Law of Unintended Consequences 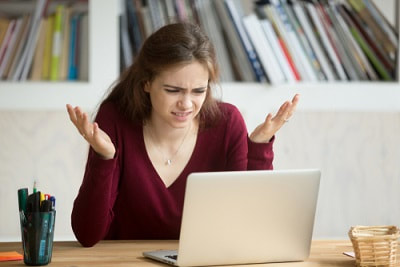 The following is an excerpt from ‘An American Tax Nightmare’, published in the New York Times.

No one likes tax cheats. They should be pursued and punished wherever they are hiding. But recent efforts by the United States Congress to capture tax revenues on unreported revenues and assets held in foreign accounts are having disastrous effects on a growing number of average Americans living abroad …

The Foreign Account Tax Compliance Act, or FATCA, signed into law in March 2010, has been a bipartisan lesson in the law of unintended consequences. Pressure is growing to halt its pernicious impact.

Intended to crack down on people who stash taxable income abroad, the law requires foreign banks to identify American clients and report all of their financial account information, including transaction details on checking, savings, investment, pension, mortgage and insurance accounts, to the United States government.

The bureaucratic burden of identifying, verifying and reporting has caused many banks to regard American clients, particularly those of moderate means, as more trouble than they are worth.

Middle-class Americans living abroad are losing bank accounts and home mortgages and, in some cases, having their retirement savings exposed to debilitating taxes and penalties.

Sounds far-fetched? Here are some examples collected and documented by American organizations overseas:

– An American woman and her Swiss husband, married for more than 20 years, were told that they would lose the mortgage on their family home due to the law’s reporting requirements.

– An American man, living in Brazil, had a promising career in management with a French multinational corporation. He was told that he would be passed over for promotion, effectively ending his career with the company, because as Country Manager he would have signatory authority over the French company’s local bank accounts. The law would require that all transactions on the company accounts, despite not being taxable in the United States, be reported to the American Internal Revenue Service.

– An American couple, living in Australia for many years, received notice that the merchant banking account for their chain of retail stores was to be canceled, as FATCA reporting demands overwhelmed their bank’s capabilities. Without banking and credit card facilities, their business would be doomed.

Those impacted are left with the choice of uprooting their families (including foreign spouses and children), careers and businesses to re-establish a life in the United States; or to make the painful decision to renounce their citizenship.

An option for some might be to transfer assets to American bank accounts. But opening accounts in the United States for those living abroad has become virtually impossible in the post- 9/11 world, foreign employers will typically only pay salaries into local accounts, and this option does not address home mortgages, insurance policies, etc.

To do nothing is a disaster scenario for Americans overseas. Middle-class taxpayers will continue to lose the financial accounts critical to their daily lives at an accelerating rate or they will, in desperation, renounce their U.S. citizenship. Either way, America’s international presence and competitiveness will be hurt.

FATCA is forming more links in the chain of global government snooping into the lives of innocent individuals under the guise of identifying criminals and tax cheats. For Americans, it is a massive breach of the Fourth Amendment, which forbids unreasonable search and seizure.