Americans With Unpaid US Taxes to be Denied New Passports 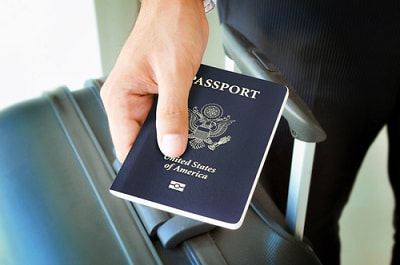 announced that it is set to deny new passports to over 362,000 Americans whom it believes owe over $51,000 in unpaid US taxes, including interest and penalties.

The ability to deny passports for unpaid taxes was made possible under a 2015 law called Fixing America’s Surface Transportation Act. Under the Act, the IRS passes names of those Americans that it believes owe over $50,000 …

… (referred to as seriously delinquent tax debt, now $51,000, after having been adjusted for inflation) to the State Department, so that when those people apply to renew their passport (or for a first passport), their application will be denied until they have resolved their tax situation.

The IRS announced in March this year that it would now begin enforcing the law. If an individual owes over $51,000 and applies to renew their passport, they are given 90 days to resolve their tax situation with the IRS before the application is closed. If it takes longer than 90 days to resolve their situation, they will have to apply again once they have resolved it.

The IRS told the Wall Street Journal that it had already raised over $11.5m this year this way, and that a further 1,400 tax payers have signed up for a payment program.

The law also gives the IRS the ability to revoke an existing US passport because of tax debt, however the IRS says that it is not doing this at the moment, but only denying renewal (and first time) applications for now.

The IRS is sending the initial 362,000 names to the State Department in batches, and it is not yet clear how many expats are affected, though it is possible that a significant proportion of the overall number may be expats.

US Taxes for Expats

“At least 362,000 Americans with overdue tax debts will be denied new or renewed passports if they don’t settle these debts” – wsj.com

US citizens and green card holders are required to file US taxes wherever in the world they live, reporting their worldwide income. When they file, expats can claim one or more exemptions such as the Foreign Earned Income Exclusion and the Foreign Tax Credit that in most case mean they won’t owe any US taxes. Tax treaties that the US has signed with other countries don’t normally achieve this (and the provisions in them must be claimed when an expat files anyway). This means that expats who don’t file a US tax return from abroad and so don’t claim the exemptions that prevent them from having to pay US taxes are still considered to owe US taxes on their worldwide income, even if they’ve already paid foreign taxes on the same income abroad.

The US tax system is rare and, for many, over-reaching, in requiring expats to file and report their worldwide income. Furthermore, millions of expats are still unaware of the requirement to file US taxes from abroad, and may well fall into the trap of owing more than $51,000 in US taxes (which they wouldn’t owe at all if they file) through simply being unaware of the rules.

For example, an expat with an income of $40-$60,000 may find that they owe over $51,000 of US taxes, including interest and late filing penalties, after just a few years, so it’s certainly not just the highest earners that are affected (although they will of course be affected sooner).

What should expats with un-filed US taxes do now?

Expats can avoid the possibility of having an application for passport renewal denied, and in most cases paying any US taxes at all, by simply catching up with their US tax filing (and claiming the most beneficial exemptions for their circumstances) at soon as possible.

If on the other hand they wait until the IRS contacts them or they have a passport application denied, they may not be able to claim any exemptions in retrospect, and so may have to pay a hefty back taxes bill.

Expats who are just one or two years behind with their US tax filing can simply back file the missing years (this is also true of FBAR filing, where many expats have to report their foreign bank and investment accounts).

Expats who are three or more years behind with their US tax (and/or FBAR) filing can catch up under an IRS amnesty program called the Streamlined Procedure, so long as they do so before the IRS contacts them.