Do Astronauts Have to File US Taxes from Space? 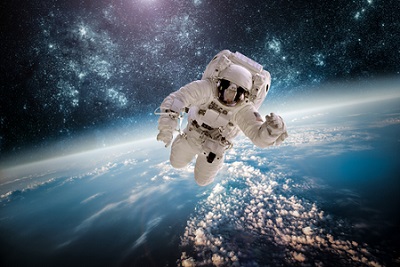 What do astronauts and American expats have in common?

American expats and astronauts both need the ability, courage and conviction to not just venture out into the unknown, but to succeed and thrive there. Unfortunately, they also share an inability to escape the requirement to file US taxes.

The US taxes based on citizenship, meaning that all Americans have to file US taxes, regardless of whether they are in the US or not, or even if they’re ‘off-planet’.

When they file, Americans must report all of their global (/galactic) income.

Jack Swigert was an astronaut who was called up at the last minute to go on the Apollo 13 mission. It was so last minute in fact that he didn’t have time to file his tax return before he left, and he was forced to radio mission control for assistance, saying, according to NASA transcripts:

“Hey, listen, it ain’t too funny; things kind of happened real fast down there, and I need an extension. I didn’t get mine filed, and this is serious.”

Thankfully for Jack, and for all expats, Americans who aren’t present in the USA qualify for an automatic two month filing extension until June 15th, and they can request a further extension until October 15th should they still require extra time.

Expats have it better than astronauts

Unfortunately for astronauts, the IRS doesn’t consider international airspace, or international waters, or space, abroad. This means that they will have to pay US taxes on all of their income. Expats meanwhile, living abroad, can claim one or more IRS exemptions to help reduce their US tax bill, in many cases to zero.

“Jack Swigert, a last-minute addition to the Apollo 13 crew, even radioed Houston’s mission control center for tax help while the mission was underway.
” – CNN Money

Expats who pay foreign taxes in another country can claim the US Foreign Tax Credit, allowing them to claim a $1 US tax credit for every dollar of foreign tax that they’ve paid abroad. If they live in a country that has higher income tax rates than the US, this normally eliminates their US tax bill completely. Expats can claim the Foreign Tax Credit by filing Form 1116 when they file their federal tax return.

Unfortunately for astronauts though, they aren’t technically ‘abroad’, and so can’t claim these provisions.

In one way, astronauts have it better than expats

Astronauts can be thankful though that they probably don’t have offshore(/off-planet) bank accounts or investments, or foreign registered corporations, the way many expats do, as if they did they’d be subject to the same additional reporting requirements as expats.

For example, any American who has over $10,000 in total in foreign financial accounts, including any bank and investment accounts that they may have (or have signatory control over, including business accounts), is required to report all their foreign accounts by filing FinCEN Form 114 each year. FinCEN Form 114 is also often referred to as an FBAR, or Foreign Bank Account Report.

Expats can catch up without facing penalties

Expats who haven’t been filing US taxes because they weren’t aware that they were required to can access an IRS amnesty program called the Streamlined Procedure that allows them to catch up without facing any penalties.

The message for all American expats and astronauts is clear: wherever you are, as long as you’re American, you still have to file. We recommend that any expats (or astronauts) who require assistance filing from outside the continental US seek assistance from a specialist expat tax prep firm to ensure that they not just file correctly, but to their maximum long-term advantage.