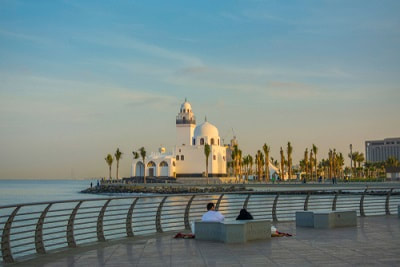 Like all US expats, American contractors working abroad are still liable to files a US tax return and pay US taxes, wherever they’re living and wherever their income is sourced or paid.

Thankfully there are some exclusions available that can be used to reduce or eliminate their US tax liability, however these have to be actively claimed when they file.

American expats have until June 15th to file, and a further extension until October 15th can be requested online. Any tax due should still be paid by April 15th though.

US contractors working abroad may also have further IRS filing requirements if they have foreign bank (or investment or pension) accounts. They may also have to pay foreign taxes, depending on the tax rules in the country where they are living or working.

Let’s start by looking at how US contractors working abroad can reduce or eliminate their US tax liability.

The Foreign Earned Income Exclusion lets American expats exclude the first around $100,000 of their income from US tax liability. To qualify, you have to either prove that you are a permanent resident in a foreign country, or that you spent 330 days outside the US in a tax year. If you moved abroad mid-year, and you spent at least 330 days out of the following 365 days abroad, you can still claim the Foreign Earned Income Exclusion from when you moved abroad.

To claim the Foreign Earned Income Exclusion, you must file form 2555 along with your federal tax return.

Whether you have to pay foreign taxes will depend on the rules of the country where you are working. In particular you should find out how they define residence for tax purposes, and whether they only tax on income sourced in the country rather than worldwide. Lastly, some countries have an agreement with the US allowing contractors working for the US government not to pay foreign taxes there.

“Overseas experience looks great on your resume. It shows a diversity in experience and great conversation starter at interviews. Overseas experience can indicate to potential employers that you know how to deal with diverse cultures, ideas, and people.” – your-poc.com

Most US states meanwhile stop asking you to pay state taxes once you move abroad. The rules do vary though, and some states may not release you from your obligations if you are only moving abroad for a limited, fixed term. Four states meanwhile – Virginia, New Mexico, California and South Carolina – ask former residents who have moved abroad to prove that they will never live in the state again before letting them stop paying state taxes.

US contractors who find that they do have to pay taxes abroad may consider claiming the Foreign Tax Credit.

The Foreign Tax Credit allows Americans who pay taxes abroad to claim a $1 credit for every dollar equivalent of tax that they have paid in another country. For contractors paying higher taxes abroad than they would owe to the US, it’s often worth claiming the Foreign Tax Credit instead of the Foreign Earned Income Exclusion, as you they claim more tax credits than they need and carry the extra tax credits forward for future use.

Contractors paying taxes abroad and earning over $100,000 may also choose to claim both the Foreign Earned Income Exclusions to exclude the first around $100,000 of their income from US tax liability, then the Foreign Tax Credit on the income over this figure.

The Foreign Tax Credit can be claimed by filing form 1116 along with your federal tax return.

Expats with foreign bank, investment, or pension accounts abroad containing a total of over $10,000 at any time during the tax year also have to file an FBAR, or Foreign Bank Account Report, to report them.

Fines for not filing, or incorrectly filing FBARs are steep, so it’s important not to neglect this filing requirement if it affects you.

Contractors who are employed by the US military do not pay US taxes on their income while they are working in a designated combat zone.

Expat taxes for US contractors working abroad can be complex, and penalties for doing it wrong can be steep, so we strongly recommend that if you have any doubts or questions about your situation you seek advice from an expatriate tax specialist.