What Expats Who Owe US Taxes Need to Know 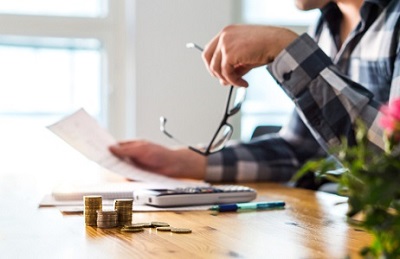 Because the US tax system is based on citizenship (rather than residence), expat American citizens (and Green Card holders) are required to file US taxes, just the same as if they were living in the States.

When expats file, they can claim one or more IRS provisions (such as the Foreign Tax Credit on Form 1116, or the Foreign Earned Income Exclusion on Form 2555) that mean most expats won’t end up owing any US tax (and assuming that they file in the way most beneficial for their situation).

There are certain scenarios in which expats do still owe US tax though.

Expats who live in low or no tax jurisdictions (and so can’t offset their US tax liability against foreign taxes they’ve paid) may owe some US tax, and particularly if their income is either unearned (e.g. from dividends or rents) or if they earn over around $100,000 (the Foreign Earned Income Exclusion limit).

Expats who owe more than $1000 USD in US taxes when they file are required to make estimated tax payments for the year ahead, too. These payments should be made in quarterly installments by April 15th, June 15th, September 15th, and January 15th, and expats can pay them online at www.eftps.gov/eftps.

Expats who haven’t been filing

Some expats aren’t aware that they need to file US taxes from abroad though. As expats who don’t file don’t claim the IRS provisions required to reduce their US tax bill, the IRS assumes that they owe US taxes on their worldwide income.

“The two taxes U.S. expatriates who own businesses abroad are most concerned about are a one-time repatriation levy of as much as 17.5 percent on old foreign profits and an annual levy called Gilti on foreign profits going forward.” – Bloomberg

Expats in this situation who haven’t heard from the IRS yet should contact an expat tax specialist at the earliest possible opportunity to find out how an IRS amnesty program called the Streamlined Procedure can help them catch up without facing a US tax bill or fines.

Expats who have heard from the IRS regarding missed tax returns may be in a more complex predicament, and they should also seek advice from an expat tax expert at their earliest convenience to discuss their strategy and options.

Expats who are going to struggle to pay a back tax bill may be able to agree on an installment plan, or possibly what is called an Offer in Compromise, where the IRS may accept payment of a lower amount. The IRS may also agree to delay repayments temporarily.

Many expats with a foreign registered business were affected by the Tax Cuts and Jobs Act 2017, and in particular the introduction of the repatriation tax on past corporate profits left in the business, and the new GILTI tax on future profits.

While the repatriation tax can’t be avoided, expats can and should seek expert advice regarding whether their corporate structure can be improved (or what other steps they might be able to take) to minimize their future tax bills.

Self-employed expats, as well as expats working abroad for an American employer, may be required to pay US social security taxes.

The US has signed treaties called Totalization Agreements with 26 other countries that prevent expats from paying social security taxes both in their country of residence and to the US.

In all circumstances though, expats are likely to save money by employing an expat tax specialist to help them strategize and file in their best interests compared to if they don’t, due to the risks of filing incompletely or incorrectly, so avoiding future fines or possible run ins with the IRS.