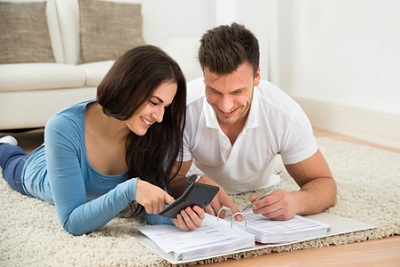 All Americans whose global income exceeds the IRS minimum thresholds have to file a US federal tax return each year, including expats.

Minimum filing thresholds can be low, for example just $400 of self-employment income, or just $5 for Americans who file separately from their spouse, such many US expats married to a foreigner.

To avoid double taxation, expats can claim the Foreign Tax Credit or the Foreign Earned Income Exclusion when they file, which for most expats reduces their US tax bill to zero, as long as they file and claim them.

Sometimes expats realize after filing that they have made an error. The IRS lets these expats correct past filing errors by filing an amended tax return using Form 1040-X.

There are several situations in which expats should file Form 1040-X:

– To report additional income, if when they previously filed they neglected to report some of their global income.

– To pay additional tax, if for any reason other than a simple mathematical error on Form 1040 they underpaid their tax bill.

– To file additional forms, such as if they had previously neglected to report a foreign business on Form 5471, or foreign assets on Form 8938.

– To correct information on forms – if for example they hadn’t mentioned a dependent, or other pertinent information.

– To claim credits or deductions which weren’t originally claimed – such as expat parents who didn’t claim the refundable Child Tax Credit when they originally filed.

– To correct the mistake of having taken credits which the taxpayer wasn’t eligible for.

“The IRS may correct mathematical or clerical errors on a return and may accept returns without certain required forms or schedules. In these instances, there’s no need to amend your return.” – the IRS

If an expat has made a simple mathematical error when calculating tax liability, there’s no need for them to file an amended return, as the IRS will pick up and correct simple maths errors automatically. The purpose of filing Form 1040-X is to change status, provide additional information, or to file additional forms.

Expats can file an amended tax return up to 3 years after the date that the original return was filed, or within 2 years of the date the corresponding tax was paid, whichever is later.

How can expats file an amended tax return?

Up until now, it hasn’t been possible to e-file an amended tax return, only to post a paper version. This has caused issues for many expats, as postal systems in other countries often aren’t reliable. In June 2020 though, the IRS announced that it would shortly begin to accept e-filing Form 1040-X for 2019 and subsequent tax years.

At the top of Form 1040-X, expats must state the tax year of the return that they’re amending, and their filing status, even if it hasn’t changed compared to the original return.

Then, for each field in Form 1040, in Form 1040-X there are three columns. In the first (column A), expats should input the figures from their original tax return, in the third (column C) they should insert the new figures, and in the second (column B), the difference between the two. All three columns must be filled out for all fields, even if the numbers haven’t changed since the original return.

Expats filing amended returns for multiple years must file a separate Form 1040-X for each year they wish to amend.

After having filed Form 1040-X, expats can check the status of their amended return using an IRS online tool.

Should expats file an amended tax return if they failed to file FBARs?

Expats who filed a tax return but neglected to file an FBAR to report their foreign bank and investment accounts shouldn’t file an amended tax return, as FBARs aren’t filed to the IRS.

Instead, these expats can file missed FBARs using the Delinquent FBAR Submission Procedures.

Expats who haven’t been filing either US tax returns or FBARs should consult a US expat tax expert, as they may be eligible for an amnesty program such as the Streamlined Procedures.