Does the IRS Tax Overseas Income? 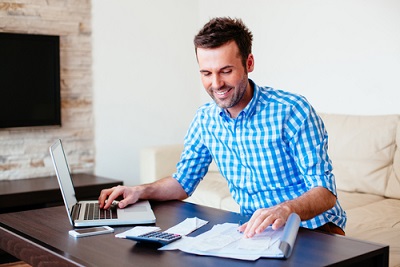 Many Americans living abroad have heard of an IRS tax exemption for overseas income, so they assume that don’t have to file a US tax return from abroad if their income is sourced overseas.

The truth, however, isn’t as straightforward.

While it’s true that there’s an IRS exemption available for overseas income, it has certain requirements that must be met, and it has to be actively claimed.

Why does the IRS tax overseas income?

The US tax system is based on the concept of taxing all US citizens’ worldwide income. In contrast, most other countries only tax residents. The idea of taxing all US citizens, including those living abroad, on their global income was introduced in a moment of national desperation, when taxpaying landowners were fleeing to Canada and Europe during the Civil War.

Taxing expats remained unenforceable for nearly 150 years though, until another moment of national desperation following the 2008 financial crisis. With international banking transactions now taking place digitally, a law called FATCA was introduced in 2010 that lets the IRS access US citizens’ banking details worldwide, and so enforce the taxation of overseas income.

Arguments about government overreach have fallen on deaf ears, and Americans with overseas income now have no choice but to report it on Form 1040.

“Yes, if you are a U.S. citizen or a resident alien living outside the United States, your worldwide income is subject to U.S. income tax, regardless of where you live.” – the IRS

However, Americans with overseas income can claim an exclusion called the Foreign Earned Income Exclusion which allows them to exclude their earned overseas income from US tax.

There are several important rules and conditions though.

First, to claim the Foreign Earned Income Exclusion, you have to file IRS Form 2555.

Second, you can only use the Foreign Earned Income Exclusion to exclude earned income, meaning income that is received as compensation for a service you have provided, such as salary income, self-employment income, bonuses, and tips, but not passive income such as rental, social security, or investment income.

Third, to claim the Foreign Earned Income Exclusion, you must be able to prove either that you are a resident in another country, or that you spent over 330 days outside the US in a 365 period that is normally the tax year (but can start mid-year if you moved abroad mid-year, for example).

And, lastly, you can only exclude a certain amount of your overseas income from US tax when you claim the Foreign Earned Income Exclusion.

The maximum amount is set annually by the IRS, and increases annually to allow for inflation. For tax year 2021, it is $108,700. You may be able to exclude additional income if you rent a home abroad by claiming the Foreign Housing Exclusion, also on Form 2555, however.

There is another provision that benefits many Americans living overseas who pay foreign income tax more though, called the US Foreign Tax Credit. The Foreign Tax Credit, claimed on Form 1116, lets Americans claim US tax credits in lieu of foreign taxes paid, and with no nominal limit set on the amount.

What if you didn’t know?

Thankfully, there is an IRS amnesty program available for Americans living abroad who haven’t been filing because they believed that their overseas income was exempt or otherwise misunderstood or weren’t aware of the rules.

It’s called the Streamlined Procedure, and it requires that you catch up, and also self-certify the reason for not previously filing, on Form 14653. Once you do so, you won’t face penalties, or for most expats, if you claim the Foreign Tax Credit or Foreign Earned Income Exclusion, back taxes either.

If you are in this situation, it’s always best to seek advice from an expat tax specialist.