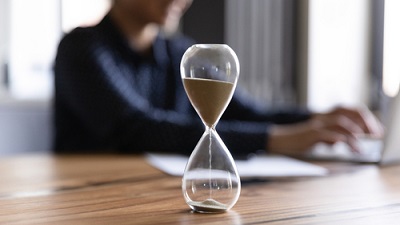 With the June 15 expat tax filing deadline just a week away now, what do Americans living abroad need to know – and do?

Unlike most other countries, the US runs a citizenship based taxation system, which means that it requires all US citizens (and Green Card holders) to file US taxes every year, reporting their worldwide income.

This includes Americans living abroad, which often creates complications, as they may have to file or pay taxes in their host country too, and they may receive income in another currency other than US dollars.

Nonetheless, the requirement stands, and international tax treaties don’t mitigate it either.

The Foreign Tax Credit lets them claim US tax credits to the same value as foreign taxes paid, while the Foreign Earned Income Exclusion lets them simply exclude an amount of their earned income from US taxation.

Expats must convert income received in other currencies into US dollars to report it on their US return, and they may also have to report their foreign bank accounts, investments, and business interests.

“If you are a U.S. citizen or resident alien, your worldwide income is subject to U.S. income tax, regardless of where you reside.” – the IRS

Expats however always have an automatic two month extension until June 15 for filing. This gives them time to file their foreign taxes first, if they need to. The June 15 deadline for expats is just for filing though: any US tax due is still due by April 15 (May 17 in 2021). This can create confusion though, as many expats don’t know whether they owe US tax until they file.

Generally speaking, self-employed and higher earning expats are more likely to owe some US tax, depending on the tax rates and rules in the country where they live. The other way to avoid this confusion is, if possible, to file before the April 15 deadline (May 17 in 2021, July 15 in 2020) anyway.

Americans living abroad who need more time to file can file Form 4868 for an automatic further extension until October 15.

– Form 1040 – report all your global income, file by June 15 or request an extension

– Foreign Bank Account Report (FBAR) – file to FinCEN by October 15 to report all foreign financial accounts (including bank, investment and pension accounts) that you have signatory authority over, required if you had over $10,000 in total in all the accounts at any time last year.

– Determine whether you would be better off claiming the Foreign Tax Credit or the Foreign Earned Income Exclusion, along with any other exclusions or credits. Some credits, such as the Child Tax Credit, are refundable, so you receive a payment even if you don’t owe any US tax. Seek advice if you aren’t sure.

– You may also have to report foreign business holdings, as well as gifts, bequests, capital gains, and cryptocurrency transactions, too. Seek advice if you aren’t sure.

In the age of international digital banking, the IRS has global reach, and Americans living abroad who haven’t been filing because they didn’t understand that they have to should catch up at their earliest opportunity using the Streamlined Procedure IRS amnesty program to avoid penalties.