Renouncing US Citizenship and Taxes – A Guide 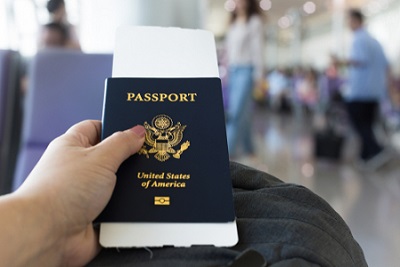 It has been widely reported recently that a record number of Americans have renounced their US citizenship this year. Other publications have pointed out that the renunciation process involves an interview at a consulate or embassy, and that most have been closed this year due to Covid, so that the record numbers must represent the clearing of a backlog from 2019, rather than new renunciations.

This would imply that the reason for so many renunciations is not due to political events this year, as has been suggested, but more likely the main reasons renunciations have been high for the last decade: stepped-up international enforcement of America’s citizenship based taxation system.

Citizenship based taxation means that the US taxes all of its citizens on their worldwide income, wherever in the world they happen to be or reside. Most countries solely tax residents.

Citizenship based taxation also means that American citizens living abroad often have to file two tax returns, in their country of residence as well as to Uncle Sam.

The IRS now has access to American citizens’ foreign bank, investment and tax account information globally, allowing them to know whether Americans abroad have filed completely and accurately.

That all said, the record numbers of renunciations still represent just 0.06% of Americans citizens abroad, which illustrates that renunciation only makes sense for very few people.

Tax consequences of renouncing US citizenship

Some Americans who have permanently settled abroad assume that they can avoid their filing responsibilities by renouncing US citizenship, however in fact it is only possible to renounce citizenship be free of the US tax system when you are fully up to date and compliant with your US tax filing (even then US tax is due on US source income).

“Every three months, the U.S. Treasury Department publishes the names of individuals who renounced their U.S. citizenship or handed in a long-term green card.” – Forbes

The majority of Americans who file from abroad don’t end up owing any US tax, as they can claim either the Foreign Tax Credit or the Foreign Earned Income Exclusion when they file, meaning that filing becomes primarily an annual reporting exercise. Many expats, such as expat parents, actually receive refunds. So renouncing isn’t necessary for most people if they are motivated by wanting to avoid paying US taxes from abroad.

Other Americans abroad consider renouncing because they are behind with their US tax filing and are concerned that they will have to pay penalties. There are, however, a number of IRS amnesty programs such as the Streamlined Procedure that allow most expats to catch up without paying back taxes or penalties.

The small minority of Americans living abroad that renouncing can make sense for are those who have settled abroad permanently, who have no remaining ties with the US, and who are high earners paying less foreign tax than the US tax they owe (so that they are unable to claim enough foreign tax credits to eliminate their US tax liability).

There are additional tax implications involved with renouncing though. In particular relating to ‘covered expats’, and estate and gift taxes.

‘Covered expats’ have to pay an exit tax when they renounce citizenship, also known as the Expatriation Tax. A covered expat is someone who meets at least one of the following criteria at the time of renunciation –

The exit tax is calculated as a capital gains tax if all assets were sold on the day of renunciation.

Estate and gift taxes relating to US assets also have a much lower exemption for non-US citizens (after renouncing, US taxes are still applied to all income and assets in the US after renouncing).

The process for renouncing US citizenship is as follows.

First, an American citizen must reside abroad, and have citizenship of another country. It is also advisable to ensure that they are up to date with their US tax filing, to avoid possible exit tax liability and penalties. If applicable, this may involve catching up utilizing the Streamlined Procedure program.

Expats with over $2m in assets often also consider gifting, either to family members or into trusts, to reduce exit tax liability.

Secondly, they should prepare the relevant paperwork and supporting documents, and pay the expatriation administrative fee of $2,350.

The third step is to book and attend an interview at their nearest US embassy or consulate to run through their reasons for renouncing and paperwork with an official. The official will also ensure that they understand the irreversible consequences of renunciation.

Lastly, they must submit their final US tax return, which will include any exit tax liability.

Renouncing US citizenship is a significant life decision with far reaching consequences for the individual (including their future ability to travel to the US), as well as their family members. American citizens abroad should always seek advice from a US expat tax specialist if contemplating it.