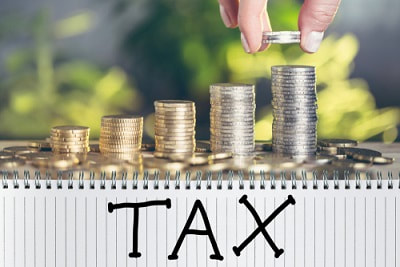 Americans living abroad are a busy lot, to be sure. More than managing the typical day to day that folks Stateside deal with, we US expats do that and a lot more: There are new rules for living in our new host country. The culture is new. Perhaps there’s a new language to learn.

In addition to all of this, there also comes the time each year, like now, when we need to be thinking about the upcoming tax season and preparing some things that can give us a leg up and save a significant amount of money if we make the time and get the help we need to have a good look at the following tax saving opportunities –

Prepare a Tax Projection – Ask your accountant for help in preparing a projection of potential taxes and savings you might realize by using your previous year’s tax return and adjusting and projecting forward accordingly. Once you’ve laid this groundwork you’ll have a snapshot of your pending position and which way to steer your circumstance as we approach the finish line on December 31.

Accelerate your income – Nobody’s sure which way the tax winds are blowing for the coming year, including (and especially) Congress, it seems. Will we fall off the fiscal cliff where budget cuts and tax increases are automatically imposed? Will the Bush tax cuts be extended? Will tax increases be part of the solution to the impossibly large US federal budget deficit? Since we’re facing such large unknowns, it seems to make sense to consider accelerating as much income as one can by pulling it forward into this tax year and thus potentially save since it appears the fiscal trend is leaning toward higher taxes in the immediate future.

Convert to a Roth IRA – The same logic applies here, and perhaps especially here. By converting one’s IRA to a Roth IRA, one pays tax on the ‘distribution’ now at this year’s rates, rather than potential much higher rates that may be just down the road. After that, a Roth IRA provides that all future gains remain tax-free.

Bundle your deductible expenditures – And think about pushing them out to next year when they will yield a higher percentage savings. Ask your accountant about expenditures that can be potentially delayed. See if you can defer paying medical bills, property taxes, charitable donations and other deductions until next year.

Think strategically about investment gains and losses – it seems certain that capital gains tax, currently at 15% will come under scrutiny as the new year unfolds. One thing’s for sure, the rate will not be going down. Maybe it’s time to punt and take the gains on equities you may be on the fence on and hold onto the dogs just a bit longer so as to take those losses next year.

Be a giver – Sell loser shares and give away the cash. Give winning shares as the tax burden for you and recipients is significantly less than you would pay if you sold them.

As an American living abroad and busy though you may be it still makes sense and potentially saves lots of money to carve out a bit of time to do a proper once-over on these tax saving strategies. One of the things about fellow expats that we’ve experienced first-hand is the seeming ease with which they ‘make things happen’ in their lives. If one uses just a bit of that and applies it to one’s necessary tax planning, the potential reward in significant monies saved and peace of mind is worth the effort.