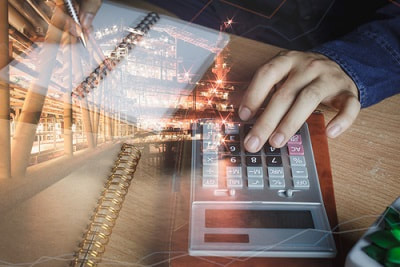 Living and working abroad is an incredibly exciting opportunity. Because the U.S. taxes based on citizenship though, Americans living in a foreign country have to continue filing a federal U.S. tax return from abroad, while most also often being subject to a foreign tax regime in the country where they live, too.

To avoid double taxation, when expats file their U.S. tax return they also have to claim …

… one or more exemptions that the IRS has made available for this purpose, such as the Foreign Tax Credit, or the Foreign Earned Income Exclusion, depending on their circumstances. Expats often also have extra U.S. filing requirements too, such as reporting any foreign financial accounts they might open by filing an FBAR (Foreign Bank Account Report).

Foreign tax rules and rates can vary wildly, and many U.S. firms that send employees abroad recognize that foreign taxes can make a significant difference to their employees’ compensation, in turn potentially affecting an employees’ decision process of whether to accept an assignment abroad or not. To mitigate the impact of foreign taxes, many firms run a Tax Equalization or Tax Protection program.

Tax Equalization programs ensure that expats pay in total the same amount of tax when working abroad that they would if they were working in the States.

To achieve this, a firm calculates the total tax that the employee would pay in the U.S. They then deduct this figure (which is called the Hypothetical Tax, or Hypotax) from the employee’s salary, and then the firm pays the employee’s foreign and U.S. taxes directly itself.

“If your employer has adopted a tax protection policy, then as an assignee you will never bear more tax during the international assignment than would have arisen at the home location. However, if the actual taxes incurred during the assignment happen to be lower than the home country hypothetical tax, you would retain the difference.” – KPMG

Tax Protection is a similar system to Tax Equalization, but with Tax Protection only the employee benefits. So if the employee goes to a country where they would pay more tax than if they were in the U.S., the firm compensates them for the extra tax that they pay. If they go to a lower tax country however, they simply keep more of their paycheck.

Tax Equalization and Tax Protection calculations can get fairly complicated, as any extra compensation in lieu of foreign taxes paid is itself liable to taxation. As such, firms most often employ an expat tax specialist firm to take care of these calculations for them.

The U.S. has treaties called Totalization Agreements in place with 26 other countries.

These agreements normally stipulate that if an employee works in that country for a short time, typically no more than 3-5 years, before returning to the U.S., they can continue to pay U.S. social security taxes and not pay social security taxes in their ‘host’ country. If their assignment lasts longer or is open ended though, they’ll just pay foreign social security taxes, however under the terms of the treaties these normally count towards their social security entitlement in the U.S. should they return and retire there later.