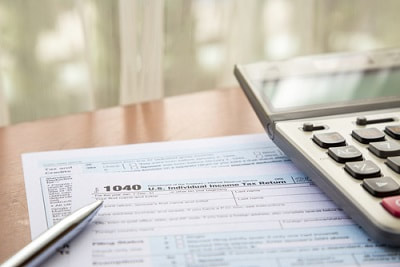 There are around 9 million American expats living overseas – that’s more people than live in every state bar ten.   Since the Civil War though, American expats have been required to continue filing US taxes, unlike almost every other country, which typically only tax residents and people with income originating in that country.

Up until the 2008 financial crisis, the federal government had no real way of policing expats’ finances though, however in 2010 the Foreign Account Tax Compliance Act (FATCA) was passed, compelling foreign banks and investment firms to report their American account holders to the US or otherwise face a steep tax when they trade in US financial markets. Currently around 285,000 foreign financial institutions are complying.

FATCA has been a game change for US expats, who now find themselves unable to hide from the IRS and so having to file both US taxes and taxes in the country where they live. Furthermore, there are additional filing requirements just for expats, so filing from overseas is more complex than filing US taxes in the States.

American expats still have to file form 1040 and report their worldwide income, however because filing from overseas is more complex, they have until June 15th to file, with a further extension available until October 15th on request. Any taxes due still have to be paid by April 15th though.

“Although their income is generated in a foreign country, expatriates must file tax returns in the United States, the only industrialized nation that taxes its citizens on worldwide earnings.”
– USA Today

To help prevent expats from having to pay both taxes in the country where they live and US taxes, there are some exemptions available to reduce or in many cases eliminate US tax liability for Americans living abroad.

The primary exemption is the Foreign Earned Income Exclusion, which allows expats who can prove that they live abroad, either by having legal residence in a foreign country or by spending at least 330 days outside the US in the tax year, to exclude the first around $100,000 (the exact figure rises with inflation a little each year) from US tax.

Additionally to the Foreign Earned Income Exclusion, expats who rent a home abroad can claim a proportion of their rental expenses by claiming the Foreign Housing Exclusion.

Expats who pay tax abroad at an equivalent or higher rate than the US rate can often benefit from claiming the Foreign Tax Credit instead, which allows expats to claim a $1 tax credit for every dollar of tax they’ve already paid abroad.

None of these exemptions is applied automatically, but must be claimed by attaching the relevant form when you file your US tax return.

Finally, expats with assets (excluding tangible assets such as property or cars) worth over $200,000 at any time during the year are required to report them by filing form 8938.

While not an IRS filing requirement, Americans with foreign bank or investment account with combined balances that exceed $10,000 at any time during the tax year are required to report all their foreign financial accounts by filing an FBAR (Foreign Bank Account Report), FINCEN form 114 online.

Penalties for not filing (or for incomplete filing) FBARs are steep, while thanks to FATCA Uncle Sam knows who should be filing and who shouldn’t, so it’s important that expats don’t overlook this requirement.

Americans living overseas are still required to report their corporate interests as well as any trusts they may have an interest in, just like Americans living stateside.

Millions of American expats aren’t currently filing, the majority because they aren’t aware of the requirement for them to file US taxes from overseas. With the IRS bound to come knocking at some point though, probably with a hefty back-dated tax bill, thankfully there’s an IRS amnesty program called the Streamlined Procedure that allows Americans to catch up on their US tax and FBAR filing without facing any penalties. We strongly recommend that expats who are behind with their US tax filing take advantage of the opportunity the Streamlined Procedure presents.