Taxes for Expats – The US – Germany Tax Treaty 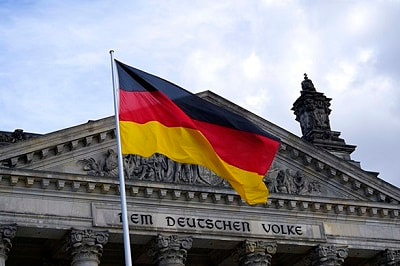 The ‘Convention Between The United States Of America And The Federal Republic Of Germany For The Avoidance Of Double Taxation And The Prevention Of Fiscal Evasion With Respect To Taxes On Income And Capital And To Certain Other Taxes’, better known as the Germany-U.S. Income Tax Treaty, has been in force since 1990.

US taxes for expats in Germany

The US has an unusual tax system in that all US citizens and green card holders are required to file an annual US tax return, reporting their worldwide income, even if they aren’t US residents or don’t have any income in the US.

This leaves US expats living in Germany having to file two tax returns though, and at risk of double taxation.

Expats receive an automatic filing extension for their US taxes until June 15th, and they can request a further extension until October 15th should they require it, giving them time to file their German taxes first.

US expats in Germany may also have to file a Foreign Bank Account Report (FBAR), if they have a total of over $10,000 in foreign bank and investment accounts at any time during the year (and including any foreign financial accounts that they have signatory authority or control over, even if not in their name).

For most types of income, the solution set out in the Treaty for US expats to avoid double taxation in Germany is that they can claim US tax credits against German taxes that they’ve paid on their income.

For income arising in the US though, they can claim German tax credits against income taxes paid to the IRS.

“The United States has entered into agreements, called Totalization Agreements, with several nations for the purpose of avoiding double taxation of income with respect to social security taxes.” – the IRS

To claim US tax credits against German taxes paid, expats must file form 1116 when they file form 1040.

Dividends, Royalties, and Interest are are covered separately in the Treaty though. The Treaty states that Royalties and Interest will be only be taxed in the country where the person receiving them is a resident, regardless of where the income is sourced.

The Treaty also states that American researchers, teachers, professors, students and trainees on assignment in Germany for less than two years will continue solely paying US taxes

It is also worth mentioning that the United States – Germany Tax Treaty was amended in 2006 to allow the two countries to share tax information with each other automatically, meaning the IRS can see what German taxes American expats living in Germany are paying.

To claim a provision in the United States – Germany Tax Treaty (other than claiming US tax credits), expats should use IRS form 8833.

It may be more beneficial for some US expats living in Germany to claim the Foreign Earned Income Exclusion instead of US tax credits though.

The Foreign Earned Income Exclusion allows expats to simply exclude the first around $100,000 of their earned income from US taxation. Claiming the Foreign Earned Income Exclusion is often preferable for expats who pay less German income tax than the US income tax that they would owe (so the US tax credits they could claim against German taxes paid wouldn’t wholly mitigate their US tax liability). It can also be applied to income arising in both the US and abroad, so long as the income is earned income and the expat can prove that they live abroad.

A separate agreement called a Totalization Agreement helps ensure that us expats in Germany don’t pay social security taxes to both governments, while their contributions made while in Germany can be credited to either system. Which country they pay depends on how long they will be living in Germany for.