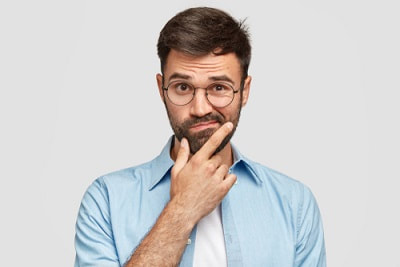 American expats have been required to file a federal tax return from abroad since the Civil War, when the concept was introduced to raise revenue for the war effort from landowners who were fleeing to Canada.

While the concept was never revoked, it was largely ignored in the twentieth century, as expats started to spread around the world, as the federal government had no way of enforcing it.

In 1970, due to a suspicion that Americans were hiding money offshore to evade U.S. taxation, a new law was passed requiring U.S. citizens with over $10,000 in total in foreign bank and investment accounts, to report their foreign financial accounts each year by filing a Foreign Bank Account Report, or FBAR.

Again though, the federal government had no way of enforcing this requirement, and while very wealthy expats were occasionally pulled up in the States and asked to provide more information, the majority of expats lived peacefully under the radar.

Everything changed though when the Foreign Account Tax Compliance Act, or FATCA, was signed into law in 2010.

The purpose of FATCA was to allow the federal government to increase revenues and crack down on tax evasion following the 2008 financial crisis.

Because the U.S. financial system is so dominant globally, this could be achieved by levying a tax on any foreign financial institutions that didn’t provide their American account holders’ contact details and account balances to the IRS when they traded in U.S. money markets.

So FATCA makes foreign banks and investment firms hand over their American account holders’ details directly to the IRS.

The law allowed foreign financial firms a few years to get ready, and 2016 was the first year that a full year or data was received by the IRS globally. Nearly all (over 315,000) foreign banks and other financial firms are now complying.

“FATCA requires certain U.S. taxpayers who hold foreign financial assets with an aggregate value of more than the reporting threshold to report information about those assets on Form 8938, which must be attached to the taxpayer’s annual income tax return.” – the IRS

There was of course (and continues to be) a global outcry of indignation, by banks and other foreign financial firms, due to the administrative burden that FATCA places on them, and from expats at what they perceive as U.S. government overreach and intrusion into their personal finances.

So for the first time then the IRS knows what foreign bank accounts all Americans have, and how much is in them. This information can be matched up with that reported on tax returns and FBARs to ensure that expats are filing, and honestly.

The IRS provides several exemptions that expats can claim when they file their federal return to ensure that they don’t pay more tax on their foreign income than the U.S. tax rate in total. This means that expats who pay foreign taxes at a higher rate than the U.S. rate won’t owe any U.S. income tax. Expats who earn less than around $100,000 a year meanwhile can exclude their entire income from U.S. tax, whether they’re paying foreign taxes or not. These exemptions, notably the Foreign Tax Credit and the Foreign Earned Income Exclusion, do need to be actively claimed though when expats file their federal return, otherwise the IRS considers expats’ worldwide income liable to U.S. income tax.

So while expats can no longer avoid filing, the majority won’t owe any U.S. tax when they file, assuming that they claim the most beneficial exemptions given their circumstances.

FATCA also requires expats with over $200,000 total value of foreign financial assets to report them as well as filing an FBAR by filing form 8938 along with their federal tax return each year.

As expats have scrabbled to become compliant with their U.S. filing to avoid potential IRS trouble, they have also experienced other, unintended consequences of FATCA. For example, many smaller foreign banks and investment firms have refused to take on American clients to avoid the administrative burden having American clients places on them, while other firms have made Americans jump through a lot more hoops.

If FATCA is the stick, the IRS has also introduced a carrot, in the form of an amnesty program that allows expats to catch up with their federal tax return and FBAR filing and become compliant without facing any penalties.

The program is called the Streamlined Procedure, and it presents an excellent opportunity for expats to become compliant while claiming the exemptions that reduce or for most people eliminates their U.S. tax liability while avoiding fines or future run ins with the IRS.