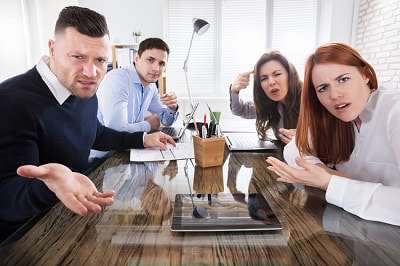 Donald Trump’s long promised tax reform bill was finally signed into law just before Christmas 2017. The Tax Cuts and Jobs Act wasn’t the Christmas present many expats were hoping for though, as it didn’t address Americans living abroad having to file US taxes. The worst affected though are the tens of thousands of expats with a foreign registered corporation, who have found themselves caught in the same net as Apple, Microsoft and Google. Read on to find out more about the variously named Apple, Repatriation, or Transition Tax.

American tax rules for expats with a foreign registered corporation

All American citizens and green card holders who earn over $10,000 (or just $400 of self-employment income) are required to file a US tax return every year, reporting their worldwide income. Many expats also have to file taxes in the country where they live, too.

Thankfully, expats can claim exemptions such as the Foreign Tax Credit and the Foreign Earned Income Exclusion that for most people reduce their US tax liability to zero, although they still have to file.

“Expatriate Americans face unexpected tax bills on their overseas business interests under repatriation rules Congress designed to persuade the likes of Apple and Google to bring back to the US profits they had accumulated in lower taxed countries.” – FT.com

What is the Apple, Repatriation or Transition Tax?

Before the Tax Cuts and Jobs Act, if expats with a foreign corporation left their profits in the business, these profits, known as Retained Earnings, weren’t taxed until they were extracted from the business.

This in turn had two notable results: firstly, it incentivized many US owned foreign corporations large and small to keep their profits in their offshore business accounts so as to defer paying tax on them, resulting in un-taxed cash piles accumulating offshore. Secondly, many expat small business owners and freelancers were advised to set up foreign corporations to reduce their US tax bill.

Intended to fulfill a campaign promise to incentivize Apple and other large US firms to repatriate their offshore cash piles, the Tax Cuts and Jobs Act imposed a one-off, obligatory 15.5% transition or repatriation tax on all retained earnings. Unfortunately, the tax applies not just to Apple and co, but to all expats who own at least 10% of a foreign registered corporation that is more than 50% American owned overall.

What should expats affected by the Repatriation Transition Tax do?

Expats who own at least 10% of a foreign corporation that is more than 50% owned by Americans overall that has retained earnings should contact an expat tax specialist at soon as possible.

Furthermore, there is another new tax on retained earnings that must be paid in future years, however expats who act now may be able to reduce or avoid this tax by restructuring their business. The sooner they do this, the less tax they will pay in 2019. The best solution will depend on each expat’s circumstances, so we strongly recommend that expats with a foreign registered corporation contact an expat tax specialist at once.