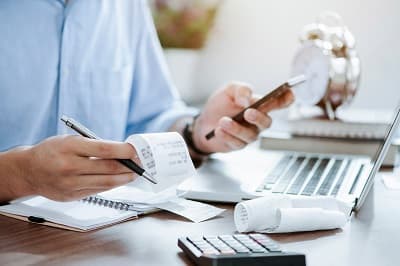 Overseas Americans have to file US taxes on their worldwide income just like Americans living in the States. This is because, unlike most countries, the U.S. taxes based on citizenship, regardless of where you live in the world.

Filing as an American living abroad is a bit different though, so read on for a summary of US tax rules for expats so you stay on the right side of the IRS, and file to your maximum advantage.

How to file US taxes from overseas

Americans abroad have to file Form 1040, converting their worldwide income into US dollars if it’s received in another currency.

The only exception is if your worldwide income was less than $12,550 in 2021 (although even then you may still have to file if you have self-employment income or if you’re married to a foreign spouse).

As an expat, you have more time to file, until June 15, and you can request an extension until October 17 if you need to (normally October 15 but that falls on a Saturday this year). This is to give you time to file your foreign taxes first, should you need to.

The international tax treaties that the US has signed don’t stop Americans living abroad from having to file US taxes, however they do stipulate that you can claim the US Foreign Tax Credit when you file your US return on IRS Form 1116, to ensure you aren’t taxed twice.

“The Internal Revenue Service announced that the nation’s tax season will start on Monday, January 24, 2022, when the tax agency will begin accepting and processing 2021 tax year returns.” – the IRS

These foreign tax credits are also available for Americans who live in countries that the US doesn’t have a tax treaty with.

Some Americans benefit more from claiming another IRS provision called the Foreign Earned Income Exclusion, on Form 2555. There are other exclusions and credits for expats, too, some of which are refundable.

Taken together, these IRS provisions mean that the majority of overseas Americans don’t end up owing any US tax, as long as they file a US tax return and claim the available credits and exclusions.

Many expats in fact end up with unexpected refunds. Always seek specialist expat tax advice to ensure you file in the most advantageous way possible.

Other US reporting requirements for overseas Americans

Americans living abroad also have to report any foreign business interests they may have. For example, if you have a foreign registered corporation, you typically have to report it on Form 5471.

Americans may also have to report any foreign registered bank, investment, business, and individual pension accounts that they have signatory authority over. This reporting requirement is only applicable if you have over $10,000 in total in your offshore financial accounts. If so, you have to form FinCEN Form 114 (also known as a Foreign Bank Account Report, or FBAR) online by October 17 this year. There’s no tax liability resulting from having financial accounts abroad, it’s just a reporting requirement. The US Treasury receives the same information from foreign banks and investment firms too, so it’s important not to neglect FBAR filing.

When filing from abroad, you don’t just want to meet the requirements, but also ensure that you’re filing in the most beneficial way possible in terms of saving money and potentially getting a refund, if possible.

This is why ‘ASA’ (Always Seek Advice) from an expat tax specialist who has the experience to guide you towards your best outcome.

If you are behind with your US filing, they can also steer you to the best IRS amnesty program for you, such as the Streamlined Procedure.