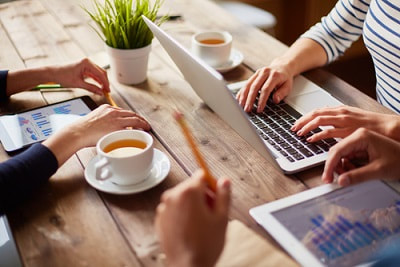 Digital Nomads roam from place to place, often from country to country, and most importantly from wifi connection to wifi connection, working while exploring the world. The US taxes by citizenship rather than residence though, so all Americans who earn over around $10,000 (or just $400 if they’re self employed) are required to file a US tax return, wherever in the world they are, and whether they owe any US tax or not.

One advantage of being a Digital Nomad is that if you move from country to country often enough, you won’t qualify as a resident in any foreign country and so fall under the umbrella of any foreign taxation regime. This means that you only have the US tax system to file under.

As an American Digital Nomad however, there are several tax hacks that potentially let you exempt yourself not just from US income taxes, but also from US Social Security and Medicare taxes, depending on your circumstances.

Americans living abroad can exempt the first around $100,000 of income from US tax by claiming the Foreign Earned Income Exclusion. It doesn’t matter whether you are living in one country, or roaming from place to place, and neither whether you are employed by a Foreign or American company, or if you are self-employed. If you are not a permanent resident in a single foreign country though, which most Digital Nomads aren’t, you do have to spend at least 330 days outside the US in a 365 day period that overlaps with the tax year to qualify.

To claim the Foreign Earned Income Exclusion, you have to file form 2555 when filing your federal income tax return.

Digital Nomads who are self-employed or who work for an American company however may still be liable to pay US Social Security, self-employment, or Medicare taxes.

American Digital Nomads who are self-employed

“There is a stereotype that the digital nomad lifestyle is limited to young, single people looking to live out an adventure for a couple of years before settling back into “normal” life. But the world is changing rapidly.” – Forbes

Digital Nomads who are self employed can also claim the Foreign Earned Income Exclusion, however they may still have to pay US Social Security, self-employment, or Medicare taxes.

American Digital Nomads employed by a US company

If you were earning $100,000 working from abroad for an American corporation that you own, while you can still claim the Foreign Earned Income Exclusion to exempt you from US income tax, you would be liable to pay up to $15,300 of Social Security and Medicare taxes. This maximum figure assumes a scenario where you are the owner the corporation that pays you:

In this scenario, it’s possible to save paying these taxes by establishing a foreign subsidiary to your US corporation in a country that only taxes income earned in that country.

The new, foreign corporation can be classified as a ‘disregarded foreign entity’ by filing form 8832, and then form 8858 each year, taking it out of US tax liability.

This may seem complex, however once set up – and it’s very important that it’s set up correctly – it is very easy to maintain and will save up to $15,000 dollars of tax a year.

If you are working abroad for an American corporation that you don’t own on the other hand, it’s worth asking your employer whether you can become self-employed and then setting up the hack for self-employed Digital Nomads outlined above.

A final thought though: bare in mind that while you can save on Social Security payments in the short term, if you haven’t already paid enough Social Security contributions, in the long term you may be reducing or jeopardize your entitlement to Social Security retirement benefits. So consider your long term plans and interests before enacting these hacks.

If you have any questions or doubts about your US expat taxes as an American Digital Nomad, we strongly recommend that you make contact with a US expat tax specialist who will be able to advise you in your best interests.