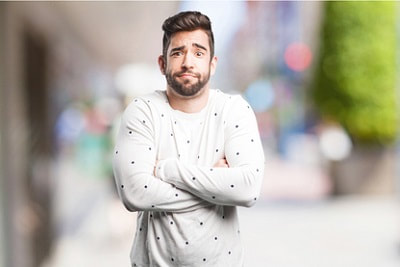 FATCA (the Foreign Account Tax Compliance Act), made law in 2010, compels US citizens and green card holders to declare their foreign bank accounts, earnings and assets to the IRS each year. It also compels foreign banks and financial institutions that want to do business with the US (so basically all of them) to declare any accounts belonging to US citizens.

The idea behind the law was to prevent super-rich individuals stashing wealth abroad to avoid paying tax on it, but in practice the law has affected the 8 million US expats living abroad in unintended ways. Some expats have for example reported encountering difficulty opening bank accounts and getting mortgages, as the burden of compliance for foreign banks has led to them resenting and sometimes denying US citizens access to financial services.

While US Expats have reacted to FATCA in different ways, it has left many in a quandary. Their feeling that the federal government is overreaching its mandate has led many to hope that if they sit tight for long enough the law might be repealed. While some politicians and major US press outlets have supported this view, with the US national debt currently around $18.5 trillion, and growing by half a trillion dollars a year, it is hard to imagine any future government cutting out a source of revenue, even if it wanted to in principle.

We have received thousands of inquiries from expats, dual citizens, and ‘accidental Americans’ (who were born in the US to foreign parents before returning to another country) wanting to be compliant but uncertain about the implications of their individual situation.

While everyone’s situation is different, a typical inquiry is perhaps this one:

Dear Sir or Madam, I am an American citizen living in Canada for the past 7 years. I haven’t filed any tax returns since I left the US. I’ve now had a tax withholding on one of my US accounts due to my social security number being under my maiden name and my account being under my married name. I have sent the IRS the documentation they needed but have been told I can only get the monies back through a tax return. Are you able to help me to file my tax returns retrospectively, and what (if any) penalties would I be looking at? Thanks, Barbara G.

We helped Barbara file her necessary returns using the IRS Streamlined Procedure. She received a full refund of her monies withheld and she faced no penalties. Barbara ended up saying this:

Thank you so much! You service was fast, easy, professional, and smooth, and exceeded my expectations. Bright!Tax made the process totally painless, and I have recommended you to my other expat friends.

There is a real satisfaction in seeing the transformation in people with sometimes complex individual situations after we make the process of helping them smooth and straightforward. It might even give the expression ‘tax relief’ a new meaning.​