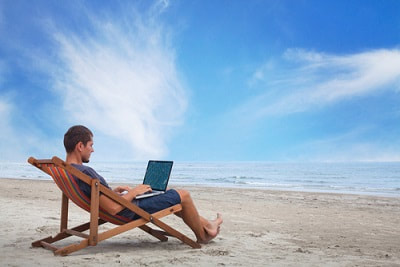 US expats are required to file a US federal tax return reporting their worldwide income, wherever in the world they live. Expats have to comply with the tax laws in the country where they live too, leaving them exposed to the risk of double taxation, having to pay tax to two countries on the same income. Many Americans living abroad aren’t in fact 100% sure which country they should be paying tax to on what income.

Technically, expats often in fact owe tax to both (depending on the tax rules of the country where they live), however there are a number of tax saving strategies that can be employed to reduce US expats American tax liability, often to zero. In this article we’ll look at some strategies to reduce US expats’ US tax liability. Don’t forget though, even if expats end up owing the IRS nothing, they still have to file.

Change state before you leave

Some expat tax saving strategies can come into play before expats have left the US. The state you live in before you leave can have a big impact on how much tax you pay after you’ve left. For example, some states require former residents to keep paying taxes unless they can prove that they no longer have any ties in the state, or that they’ll never return to live in the state again in the future. As such, if you live in one of the more reluctant to let go states, it may be worth moving to another state before you expatriate.

Move to a low tax country

The country you live in will also affect how much tax you pay. In general, expats never pay more than the higher of the two tax regimes, those of the US and the country where they live. But Americans who want to move abroad and are flexible about where they move to ought to include researching the tax rates and rules of their possible destinations before they move.

The IRS offers a number of exclusions and deductions for expats, the most important of which is called the Foreign Earned Income Exclusion.

The Foreign Earned Income Exclusion allows expats who can prove that they live abroad in one of two ways to exclude the first around $100,000 of their earned income from US tax.

“If you are a U.S. citizen or resident alien residing overseas, or are in the military on duty outside the U.S., on the regular due date of your return, you are allowed an automatic 2-month extension to file your return and pay any amount due without requesting an extension.”
– the IRS

Expat parents may also claim the Child Tax Credit and/or the Child and Dependent Care Credit, too.

If the spouse is earning less (or isn’t earning at all) on the other hand, if can be more beneficial to file jointly and so take advantage of both Personal Exemptions and Foreign Earned Income Exclusions.

As well as filing a US tax return, expats are also required to report their foreign bank and investment accounts (including any accounts that they have control or signatory authority over, such as joint or company bank accounts) if the total combined balance of all their foreign accounts is more than $10,000 at any time during the tax year. They do this by filing FinCEN form 114 (also often referred to as an FBAR or Foreign Bank Account Report) online.

US taxes for expats are often more complex than for Americans living Stateside because there are more requirements and options, and, like all filing, the devil’s in the detail in terms of filing in each individual’s best interests. The majority of expats will end up paying little or no US tax anyway, assuming that they enact the most beneficial tax saving strategies for their circumstances.