US Expatriate Taxation – The Top 20 Things You Need to Know 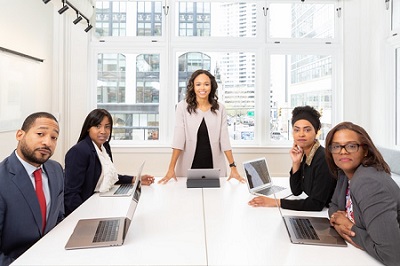 Rumors swirl regarding US expats’ US filing obligations, some of which are true, and many of which aren’t. In this article we’ll separate the facts from the fiction. So without further ado, here are the top 20 things that you need to know about US expatriate taxation.

The American taxation system doesn’t discriminate where in the world Americans live. The rule is that all American citizens and Green Card holders have to report all of their income on Form 1040 every year, wherever they are living or their income is sourced.

2 – Expats get an automatic filing extension

Normally, expats receive an automatic two month filing extension, so the filing deadline for expats is June 15th. The reason expats get more time is because they often have to file a foreign tax return in their country of residence too. Again normally, any US income tax that expats owe still has to be paid by April 15th to avoid interest and late payment penalties, even if it’s only an estimated amount that’s paid on time. In 2020 though, the filing and tax payment deadline has been extended further for all Americans due to the COVID-19 outbreak, to July 15th.

Expats who require even more time to file, perhaps because they have to file foreign taxes first and the foreign deadline is later, can request an extension until October 15th by filing IRS Form 4868, just like Americans living Stateside.

4 – How Do Tax Treaties Help Expats?

The tax treaties the US has signed with around 60 other countries don’t prevent expats from having to file. That said, some expats benefit from provisions within a tax treaty, most often students, teachers, and researchers, and sometimes retired expats, and athletes. Tax treaties largely define which country gets to tax different types of income first, and also often allow the two countries to access personal and financial information to help police tax evasion.

The Foreign Earned Income Exclusion is an IRS provision that expats can claim on Form 2555 when they file their federal return that lets them exclude a certain amount of their foreign earned income (up to $105,900 in 2019) from US income tax.

To qualify, expats have to prove either that they permanently reside in another country, or that they spent less than 35 days in the US in the period that they’re claiming for.

Only earned income can be excluded, butnot passive income such as rents, and distributions from pensions or investments.

Expats who earn over the Foreign Earned Income Exclusion threshold and who rent their home abroad can exclude a further amount of their earned income based on their housing rental expenses, and subject to IRS limits, by claiming the Foreign Housing Exclusion, also on Form 2555.

8 – The Child Tax Credit for expats

Expats who have over $10,000 in total in foreign accounts, including any bank and investment accounts that they have signatureauthority or control over even if not registered in their name, are required to report their foreign accounts by filing an FBAR. FBAR is an acronym for Foreign Bank Account Report, and filing an FBAR is purely a reporting exercise, with no additional taxation implications. That said, the penalties for not filing FBARs are very high, even for unintentional errors or non-compliance.

The Foreign Account Tax Compliance Act is a 2010 US law that affects expats in two ways. Firstly, it requires expats who have over $200,000 of foreign registered financial assets (e.g. investments) to report them every year on IRS Form 8938. And, secondly, FATCA requires all foreign banks and investment firms to report their American account holders to the IRS or face a tax when they trade in US markets. Almost all foreign financial firms are now complying, and the information they provide lets the IRS check that FBARs are being filed, and filed honestly.

Americans living abroad who weren’t aware of the requirement for them to file can catch up without facing penalties under an IRS amnesty program called the Streamlined Procedure. To do so, expats have to file their last three federal tax returns and their last six FBARs (for any of the last six years that qualify), and self-certify that their previous failure to file wasn’t willful avoidance of their filing responsibilities. Act now though, as the amnesty is only available before the IRS contacts you.

Americans who are self-employed abroad are still required to pay US social security and Medicare taxes, even if they have to pay foreign social security taxes too. Self-employment taxes can’t be eliminated using the Foreign Earned Income Exclusion or Foreign Tax Credit either. In fact, the only way around them is to incorporate abroad and become an employee of your new company (although this triggers further reporting, and possibly taxes), or…

15 -Expats married to a foreigner

Expats who are married to a foreigner often benefit bychecking ‘married filing separately’ on their US tax return. This keeps their foreign spouse and their income and wider finances out of the US tax system (assuming they don’t have a US Green Card, in which scenario they’ll have to file anyway).

Expats who receive income in a foreign currency (or in virtual currency such as Bitcoin) will have to convert it into US dollars when they report it on their federal tax return. They can use any recognized, reputable currency conversion source, so long as they are consistent in the one they use.

Some expats may have to keep filing state taxes, too. It depends on the rules in the state where they last lived. Many only relieve expats of their filing responsibility if they have no plans to return to live in the state in the future. Some expats move to a different state before moving abroad for this reason. Other states are more lenient. The best course of action is for expats to research the rules in their last state of residence.

19 – Taxation of foreign investments and pensions

Gains from foreign investments, and distributions from foreign pensions, are considered taxable by the US even if they aren’t in the country where they are sourced. Expats should be particularly careful about investing in foreign mutual funds, which the IRS considers to be PFICs (Passive Foreign Investment Companies), and so trigger additional reporting. Foreign investment accounts (including pensions) can also trigger FBAR and FATCA reporting.

Expatriate taxation, including juggling multiple currencies and tax systems, is complex, and most expats benefit from advice from a US expat specialist, to ensure that they both remain compliant and file in the most tax efficient way possible.