What Information is the IRS Collecting About Expats? 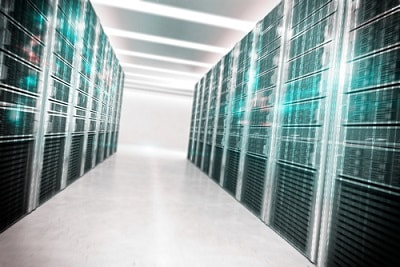 Following recent disclosure that the IRS will soon have the ability to revoke passports of US citizens who owe more than $50,000 of back taxes, fines and interest, we thought it was an opportune moment to take a look at what information the IRS is collecting on Americans living abroad.

Historically, the IRS relied on US citizens to self report, then comparing tax returns with forms provided by U.S. employers, mortgage companies, and banks. If the info on a form 1040 tax return didn’t match this third party info, then you would either receive a letter from the IRS requesting additional monies, or you would be audited.

In this context, for many years most Americans living abroad somewhat rightly believed that they were beyond the reach of the IRS, in that they may have had foreign employers, and foreign bank accounts and possibly mortgages.

Everything changed in 2014 however, when FATCA (Foreign Account Tax Compliance Act) legislation came info force, and the IRS began receiving the same information from foreign banks and brokerages. If you have a bank account or investments offshore, expect that your financial institution will be reporting to the IRS. Foreign financial institutions which don’t provide this information about US citizens face penalties if they want to trade or do any kind of business in the US, which most do. Hence most either comply, or refuse to deal with US citizens.

Alongside having access to your foreign financial information, the IRS is also believed to be collecting data from a variety of other sources and linking it to taxpayers’ social security numbers. These include credit card and bank statement details, hotel, air, and other travel information, Facebook, Twitter, Instagram, eBay, Google, and Skype, including call history, chat and location data.

Why would the IRS want to collect this sort of information? Clearly it’s not feasible that they could check everyone’s Facebook feed or eBay bidding activity against their bank statements. It could however be used to identify groups whose financial activity appears to exceed their declared income. Perhaps they are making Skype calls from multiple glamorous locations around the globe each year for example, when they theoretically aren’t earning enough to justify it. These sorts of indicators could then trigger an audit.

Alternatively, in the case of an audit, more specific information could be easily accessed manually and used to support an IRS investigation, such as someone boasting on twitter about a new car, or posting holiday ‘boastie’ snaps on Facebook.

It’s important to be aware of what information the IRS has access to when we are making important decisions though, such as the filing of our tax returns, where non-disclosure or avoidance can have serious consequences. The most sensible course of action we propose is to remain pragmatic and, for as long as it is the law, to remain US tax compliant.