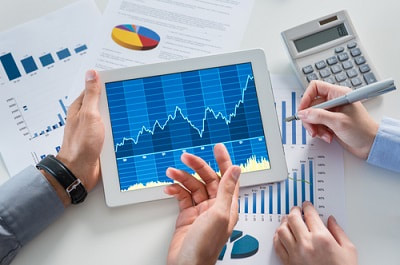 It’s that time of year again when we start taking stock of 2018 and looking ahead to the holiday season and next year.

For many expats, it makes sense to start getting their ducks in a row now, in terms of year-end tax planning , to avoid a last minute rush in December when they will most likely be more busy.

While everyone’s circumstances are unique, the year-end strategies below can be useful to millions of American expats, wherever in the world they may reside.

The holidays aren’t the only reason to feel generous – qualifying charitable contributions are tax deductible, so being generous can lower your tax bill too!

That said, the recent Tax Reform has made the Standard Deduction more appealing for many people, meaning they aren’t looking for deductions, but for those whose deductions are greater than the new $12,000 Standard Deduction per person, it can still make sense to do your charitable gifting before the end of the year.

Bear in mind though that to qualify as tax deductible, a gift has to be made to a qualifying U.S. charity, the vast majority of which are U.S. charities.

There are however organizations that allow expats to donate to a foreign charity through a U.S. charity, such as the Anglo American Charity for expats in the UK.

Expats who may owe U.S. income tax next year might consider making contributions into qualifying retirement plans before December 31st, as the value of these contributions can be used to reduce their taxable income. Qualifying plans include 401(k), 403(b), Deductible IRA, SIMPLE IRA, and SEP plans.

“With 2018 being the first year that the Tax Cuts and Jobs Act of 2017 will impact tax returns, entrepreneurs shouldn’t wait until the last minute to review their tax strategy.” – Entrepreneur

Expats such as entrepreneurs and freelancers who can control the timing of their income and expenditure meanwhile may consider deferring some of their income until next year, and bringing forward payables, if this helps them reduce U.S. tax liability.

Expats who claim the Foreign Earned Income Exclusion and who aren’t demonstrably a permanent resident in another country must prove that they spend less than 35 days or part days in the U.S. each year.

For these expats, it’s worth counting up the days they’ve spent in the U.S. so far this year now, and if they have a trip back to the States planned for the holidays this year, ensuring that they remain within the day-limit. It’s also helpful to make notes of their exact travel dates in and out of the U.S in 2018, which they will need to report on their 2018 tax return.

It is also worth planning ahead for next year, to ensure that they won’t spend too many days in the U.S. in 2019, either.

Further planning for next year

It’s helpful to start compiling the relevant paperwork for the 2018 tax return early, including bank and income statements, perhaps expenses, and the documentation required to claim the Foreign Earned Income Exclusion, if relevant, to make life easier next year.

Expats with a foreign registered business meanwhile should also ensure that they have consulted with an expat tax specialist to find out whether they have been affected by the so-called Apple Tax as part of the Tax Reform, and if so how they can ensure that their corporate structures remain as tax efficient as possible going forward.

Expats who do pay U.S. income tax will also want to ensure that they are prepared to pay their estimated 2019 tax by April 15th.