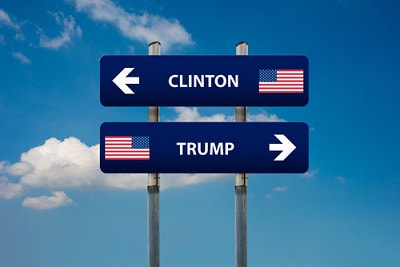 An estimated nine millions Americans live abroad, including military personnel and federal employees, making US expats theoretically the eleventh largest State by population.   Turnout among expats for the 2012 presidential election was incredibly low though.

With expats very much on the front line in terms of shaping and experiencing foreign perceptions of the US and Americans abroad, this is perhaps surprising. In theory, due to how many there are, expats as a group could potentially wield significant political influence.

Professor Jay Sexton and Dr. Patrick Andelic from the Rothermere American Institute at the UK’s Oxford University conducted a recent study that found that before the 2012 presidential election 876,000 ballots were sent to overseas voters (51 percent of these were to those in the armed services, and 44.4 percent, or just 389,000 ballots, to overseas civilians). Of these ballots, 69.2 percent (or over 606,000) were returned. Assuming a population of five million eligible voters overseas in 2012 (itself a conservative estimate), this represents a turnout rate of just 12 percent. By contrast, general election turnout among 18-24 year olds in the US – typically a lower turnout group – was 41.2 percent.

One issue is that because expats are so geographically dispersed, they don’t feel like a unified group or community. In a digital age though, this should no longer be an insurmountable problem.

This in turn leads them to feel that their vote is unlikely to make a difference. The opposite is true however.

In 2000, it was delayed overseas ballots that decided the presidency, giving George W. Bush a narrow 537-vote lead in Florida. (Had the election been decided based on the ballots that had already arrived by the 26 November deadline, Al Gore would have won the state of Florida, and the presidential election, by 202 votes).

Both major political parties have tried to rally overseas voters by setting up and encouraging overseas arms, Democrats Abroad (DA) and Republicans Overseas (RO). Both of these organisations aim to increase voter turnout among expatriates. Democrats Abroad however is much better organised and integrated into the national party, and, as a result, is clearly leading in terms of increasing awareness of voting opportunities and generating enthusiasm in its members.

Founded in 1964, Democrats Abroad (DA) has been formally recognised as a ‘state’ by the Democratic Party (for the purposes of the presidential primary) since 1976.

This means that Democrats Abroad is entitled to send 21 delegates to the Democratic National Convention, a delegation of comparable size to Wyoming and Maine. Since 2008, in order to determine the apportionment of those delegates, Democrats Abroad has held a ‘Global Presidential Primary’ as part of Super Tuesday.

So to answer the original question, whether expat votes matter, the answer is a resounding yes. As a significant body of voters, expats are in a position to decide close elections, particularly in the all-important swing states. Furthermore, our country was partly founded on the principle of no taxation without political representation, and as American expats are liable to file a federal return and pay US tax wherever in the world they live and wherever their income originates, arguably they have a moral obligation as Americans to vote.

You can find details about how to vote by post here.