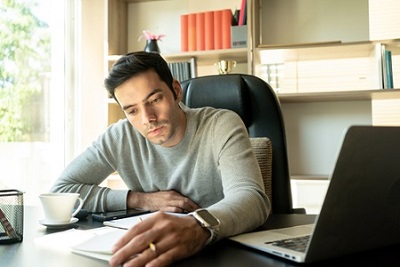 Americans who haven’t filed their 2019 FBAR yet in 2020 have been granted an automatic filing extension until October 31st 2020.

On Wednesday October 14th 2020, just a day before the regular FBAR filing deadline, the Financial Crimes Enforcement Network (FinCEN, to which FBARs are filed) announced an extension until December 31st 2020 by way of a brief, two-sentence notice on their website.

The following day though, the notice was pulled, and a clarification was issued that the December extension was in fact only applicable to victims of natural disasters. A further notice was then published confirming that expats have until October 31st to file this year.

An FBAR is a Foreign Bank Account Report. Filing an FBAR has been a requirement since 1970 for countless Americans with foreign financial accounts, including millions of US expats.

When is the normal FBAR filing deadline?

Who needs to file an FBAR?

“Every year, under the law known as the Bank Secrecy Act, you must report certain foreign financial accounts, such as bank accounts, brokerage accounts and mutual funds.” – the IRS

Any American who has a total of over $10,000 in foreign financial accounts at any time during a given year has to file an FBAR to report all of their foreign accounts. The threshold can mean one account with $10,000 in it, or 100 accounts with $100 in each, as it applies to the filer rather than necessarily to any individual account.

Qualifying accounts are any financial account registered abroad with a positive balance, including bank accounts, investment accounts, and many foreign pensions.

Accounts that a filer has signing authority over qualify too, even if not registered in the filer’s name, such as a business account.

Does filing an FBAR open me up to additional taxes?

Filing an FBAR to report foreign accounts doesn’t create a additional tax liability; it is solely a reporting exercise.

What happens if I don’t file an FBAR?

Penalties for not filing an FBAR are high, starting at $10,000 a year for Americans who should be filing but aren’t, or who do file but with an unintentional error or omission.

The IRS is receiving information about Americans’ foreign financial accounts directly from nearly every foreign financial institution, so they can check who should be filing and whether they are filing honestly.

How do I file an FBAR?

FBARs should be filed online on the FinCEN website.

Americans who haven’t been filing an FBAR but should have been may be able to catch up voluntarily without facing penalties, so long as they do so before the IRS contacts them. Those folks who have been filing federal tax returns but not FBARs can access the Delinquent FBAR Submission Program, while those who haven’t been filing either because they didn’t know they had to may be eligible for the Streamlined Procedure program.