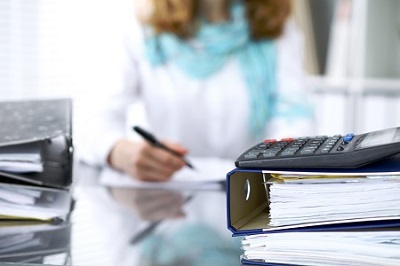 The IRS has released its latest Data Book, covering the period from October 1st 2018 to September 30th 2019. The 2019 Data Book reveals some interesting information about – and for – Americans living abroad.

The US has been taxing all American citizens worldwide since the Civil War, however it’s only in the twenty-first century, due to global digital banking, that the IRS is able to enforce worldwide compliance.

Many expats have to file foreign taxes in their country of residence, too. To avoid double taxation, when expats file US taxes from abroad, they can claim provisions such as the Foreign Tax Credit and the Foreign Earned Income Exclusion to reduce their US tax bill, most often to zero.

Expats also have to report their foreign registered bank and investment accounts (depending on their balances and values), and business interests.

In this article we’ll look at some of the points of interest for expats in the IRS 2019 Data Book.

There are an estimated 9 million Americans living abroad according to the State Department, of whom (according to research by Democrats Abroad) 6.5 million are adults.

With minimum income thresholds for filing very low (for an individual in 2019 , $400 of self-employment income, or $12,200 of any income type, or just $5 for Americans who file married separately from their spouse), many more expats should be filing.

The reason why many aren’t is that they may not be aware of the requirement for US citizens to file from abroad. The IRS takes both a carrot and stick approach to these expats. The stick is that the IRS has access to American citizens’ foreign bank and tax information, so it knows who should be filing. If it writes to an expat who isn’t filing before they have taken voluntary steps to catch up, they most often can’t claim measures to reduce their past US tax bills, resulting in a hefty back taxes bill along with penalties and interest.

On the other hand, expats who do catch up voluntarily before the IRS contacts them can often use an amnesty program such as the Streamlined Procedure, which allows them to catch up without facing penalties and while claiming the Foreign Tax Credit or the Foreign Earned Income Exclusion for the years they missed.

Of those filed electronically, 64% were submitted by a tax professional.

This low proportion of electronically filed returns is surprising, given that foreign mail services can be unreliable.

The IRS doesn’t receive very much revenue from expats

Due to expats being able to claim provisions mentioned above to reduce their US tax bill, total US tax revenue from expats in 2019 was $12.6 billion. To put it in context, only a handful of states, such as Alaska, Wyoming and Hawaii, contributed less.

Of the $12.6 billion tax received from expats, $10.2 billion was income taxes, $1.9 billion was corporation taxes, and the remaining half a billion were around a fifth estate, gift and other miscellaneous taxes, and four fifths ($400 million) penalties and interest!

The IRS is continuing to audit a higher proportion of expat tax returns. In 2019, the IRS audited 163,652 internationally filed tax returns, representing 9.6% of international returns filed.

Expats often justifiably feel stuck between a rock and a hard place when it comes to filing US taxes from abroad.

With expert advice however, when expats fulfill their obligations, most won’t end up owing any US tax.