2021 Tax Season Starts! What US Expats Need to Know 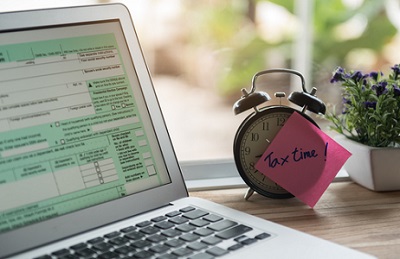 The 2021 tax season opens on February 12, allowing Americans both in the States and abroad to start filing their year 2020 tax returns with the IRS.

In this article we look at what Americans living abroad need to know ahead of filing their US taxes in 2021.

Why do Americans abroad need to file US taxes in 2021?

The United States has a Citizenship Based Taxation system, which means that all American citizens have to file US taxes on their global income, regardless of where they happen to live or be in the world.

America is almost the only country to employ a citizenship based system. The implication is that an American who resides in another country often has to file two tax returns, in their country of residence as well as to the US.

International tax treaties don’t prevent Americans abroad from having to file US taxes. Instead, to avoid double taxation, when US expats file their federal US tax return they can claim IRS provisions such as the Foreign Tax Credit and the Foreign Earned Income Exclusion.

The latter in fact can reduce expats’ US tax bills (often to zero) even if they don’t need to file foreign taxes too.

Americans abroad often have other US filing obligations such as reporting any foreign registered bank accounts, investments, and business interests that they may have, depending on the details of their circumstances.

“If you’re still owed money from the first or second round of stimulus payments, filing your taxes early is likely the quickest way to secure those funds.” – CNBC

Americans who file from abroad receive an automatic two month filing extension, meaning that they must file by June 15. If they owe any US tax though, despite claiming one or more of the IRS provisions mentioned above, they must still pay at least an estimated amount to the IRS by April 15 to avoid interest and late payment fines.

In 2020, due to the pandemic, all Americans received a filing extension until July 15. No such extension has been announced for 2021, meaning expats should either file by June 15 or request an extension until October 15.

The IRS has updated Form 1040 again, this time achieving a compromise between the old large form and the more recently used postcard-sized form. They have described the latest version as a large postcard.

Most Americans file electronically or, like most Americans abroad, employ a tax preparer, so they won’t notice the change in Form 1040’s format.

The new Form 1040 contains a prominent question about owning, buying or selling cryptocurrencies in 2020. The IRS is taking a greater interest in virtual currency holdings, and it recently announced that soon foreign held virtual currency accounts will have to be reported on FBARs alongside foreign bank and investment accounts.

This change will affect many expats. The change is expected to be applied to filing in 2022.

When filing this year, final stimulus check payments will be calculated based on 2020 income, so many expats (particularly those who claim the Foreign Earned Income Exclusion) may see an increased payment in the form of a refund. None will see a decreased payment though.

Americans filing from abroad who do claim the Foreign Earned Income Exclusion should also note that the amount of their earned income that they can exclude rises to $107,600 when filing their 2020 taxes in 2021.

What can Americans who didn’t know they have to file from abroad do to catch up?

The IRS has several amnesty programs available for Americans abroad who are behind with their US tax filing. Many such Americans qualify for the excellent Streamlined Procedure program, which allows Americans abroad who have missed several years filing because they weren’t aware of (or didn’t fully understand) the requirement to file to catch up without facing penalties.

The programs are voluntary though, and expats in this situation should seek advice and catch up as soon as possible to avoid possible fines, as the US receives Americans’ foreign banking and tax information directly from most foreign countries.