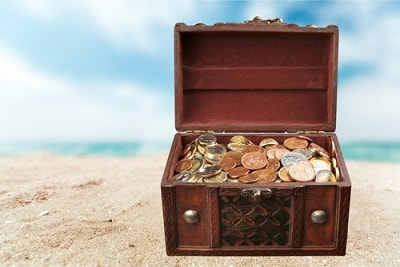 Following the closure of the OVDP (Offshore Voluntary Disclosure Program) back in September 2018, the IRS has now announced details for the replacement process.

All Americans are required to file US taxes, regardless of where in the world they live, reporting their worldwide income.

To avoid paying US taxes, Americans living abroad must actively claim one or more of the exemptions that the IRS has made available for them when they file, such as the Foreign Earned Income Exclusion, or the Foreign Tax Credit. Which is most beneficial depends on each expat’s circumstances.

Expats are also required to report their foreign bank and investment accounts if the total, aggregate value of their foreign account balances exceeds $10,000 at any time during a year, by filing an FBAR report.

For many years, millions of expats didn’t bother filing US taxes from abroad, as they assumed that the IRS couldn’t enforce the requirement to file from abroad. This all changed however when a law called the Foreign Account Tax Compliance Act (FATCA) was passed in 2010, compelling foreign banks to hand over balance and contact details of their American account holders, giving the IRS the ability to see expats’ finances, globally.

At the same time however, the IRS established an amnesty program called the Offshore Voluntary Disclosure Program (OVDP) for Americans with unfiled US taxes and undeclared foreign accounts to get compliant.

The program imposed interest and penalties on those on people who were aware that they should have been filing and reporting but hadn’t, and in return they were offered protection from prosecution.

“Disclosures will generally involve a six-year disclosure period, reduced from OVDP’s 8 years. But penalties are the big development.” – Forbes

The program was initially popular, however after several years most of these Americans had come forward, and the program was eventually wound up in September 2018.

What are the new rules?

Last week, the IRS announced the replacement procedures for Americans who have been willfully avoiding their US filing obligations.

There are several key differences in the new rules compared to the old OVDP program, notably:

– The rules are now the same (harmonized) for both expats and Americans living in the States.

– The procedure now requires Americans to file their last 6 years’ tax returns, rather than 8 (although the IRS can now request as many more years as it thinks is necessary if they want to).

– Penalties have increased, from 20% of unpaid tax to 75%, plus FBAR penalties, which are 50% of the unreported foreign account balances. In both cases the IRS has some discretion though.

– All would-be participants in the program have to pre-clear their participation by filing form 14457, which is being changed to require a narrative statement about their non-compliance.

Is there another way for expats behind with their US tax filing to catch up?

In 2014, to recognize this, the IRS launched another amnesty program called the Streamlined Procedure, allowing these expats to catch up with their US tax (and FBAR filing, if applicable) without facing any penalties, and still allowing them to retrospectively claim the exemptions that mean most expats don’t end up owing any US tax. As such, the Streamlined Procedure provides a great opportunity for the majority of expats who still aren’t compliant to catch up.

We strongly recommend that the first step that expats who are behind with their US tax filing take is to contact a US expat tax specialist who is experienced and qualified to guide them through the best course of action for their specific set of circumstances.