Do Expats Have to File and Pay State Taxes, Or Is There an Exemption? 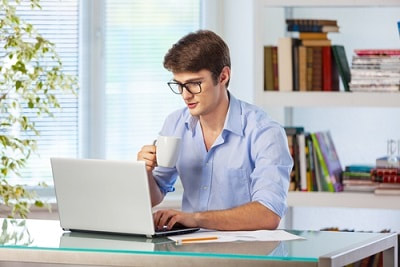 Living abroad is an incredible experience, however for Americans at least the expat experience can be a little bit tainted by still having to file US taxes from overseas.

Because the US taxes based on citizenship rather than on residence, American expats are still required to file US taxes and declare their worldwide income wherever in the world they live.

Thankfully, there are a number of exemptions such as the Foreign Earned Income Exclusion and the Foreign Tax Credit that reduce or eliminate most expats’ US tax liability, however they still have to file to claim these.

Expats may also have to report their foreign bank accounts, and assets. Furthermore, some expats may still have to file and pay state taxes.

Whether or not expats have to pay state taxes depends on which state they lived in before they moved abroad, and their circumstances as expats.

“It is a big interconnected world we live in. Some of our taxing concepts, though, are better suited to a time when we were less mobile. State income taxes are an example.”
– Forbes

New Hampshire and Tennessee are also pretty lenient, in that they only tax on dividends and interest, so former residents of these states don’t have to worry about state income taxes either.

At the other end of the scale, New Mexico, California, Virginia, and South Carolina make it quite difficult for expats to stop paying state taxes. To be exempted, former residents of these states will have to prove that they no longer have ties to the state, such as property or dependents, voter registration, a driving license, or investments, and also that they don’t plan to return to live there in the future. Otherwise, you’ll probably have to keep paying.

For the remaining thirty seven states, the rules vary, but in general once you can demonstrate that you are no longer living in the state, and unless you are claiming to still be living in the state for other purposes such as for voting or on a driving license, they will release you from having to pay state income taxes other than on any income sourced in the state.

In all cases, we recommend that you contact your former state to discuss your situation and gain a better understanding of their exact rules for former residents.

For residents of California, New Mexico, Virginia and South Carolina who are planning to move abroad, it may be worth establishing residence in another more lenient state before expatriating, if possible, with a view to reducing your tax liability once you’ve moved abroad.

The Foreign Earned Income Exclusion allows expats who can prove that they live abroad to exclude the first around $100,000 (the exact figure rises a little each year) of their income from federal income tax – but not state tax – liability. Unfortunately there is no comparable exclusion for state taxes, however as mentioned above, most states will release expats from state tax liability once they demonstrate that they have moved abroad.

If you require any assistance with your federal or state taxes as a US expat, we strongly recommend that you contact an expat tax specialist for some assistance.